Second Squad detectives report the arrest of a New Cassel man for incidents that occurred in New Cassel and Hicksville on Monday, February 22, 2016. 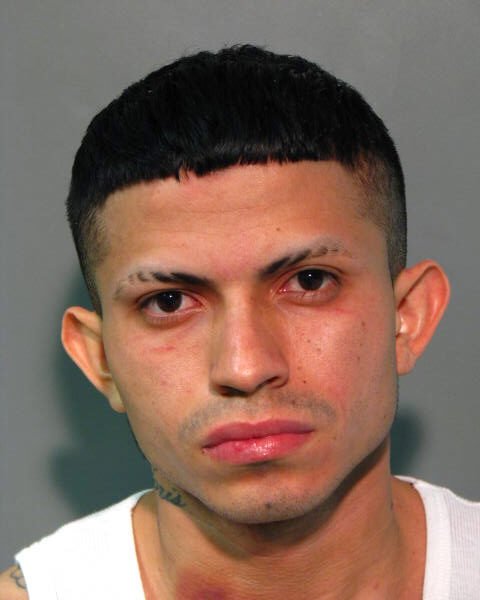 According to detectives, while in his Bond Street residence and becoming involved in a verbal and physical confrontation with his 21 year old girlfriend at 4:30 am, Ariel Garcia, 23, of Bond Street choked the victim and prevented her from calling the police.

Garcia then took a metal trophy and left the residence in a taxi threatening to kill a male who he claimed to ruin his ongoing relationship with the victim.

After arriving at a Duffy Avenue, Hicksville residence at 6:00 am, Garcia confronted a 31 year old male, and struck him numerous times in the head with the trophy causing the victim to sustain a serious head injury. After Garcia fled the scene, the victim was able to contact police and was transported to an area hospital for treatment of a skull fracture.

Garcia, sometime later, called 911 and surrendered himself to police while in Westbury.