New Long Beach Police Chief to Be Sworn In

Former NCPD Chief Ronald Walsh from Massapequa is a 28-year veteran of the force. 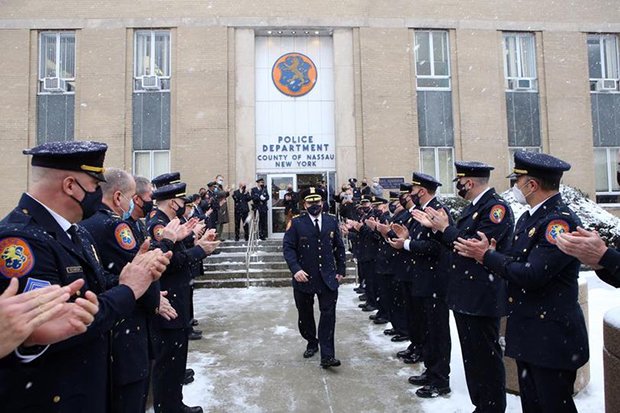 The Long Beach Police Department will swear in a new Chief of Police on Friday, according to reports. Ronald Walsh, 55, a former Nassau County Police Department Chief, retired from the force after 28 years of service. He was honored on Friday - in the middle of a snow storm - with a ceremonial walkout at headquarters. The NCPD thanked Walsh for his service on Facebook.

In December, the Long Beach Police Department announced that after an extensive search it appointed Walsh to lead the department beginning in early 2021.

“Ron really has an incredibly broad and successful professional profile, which makes him exceptionally qualified for this job,” said Long Beach City Council President John Bendo in a statement. “But most important is that he is deeply committed to the kind of community-based policing and public safety that Long Beach deserves."

"Policing today is about listening, transparency, respect for the power and pride of diversity within our community, and having law enforcement partners who are committed to serving our community through inclusion practices that build consensus.”

Walsh began his law enforcement career as an auxiliary police officer augmenting the policing effort on the boardwalk and Ocean Beach Park area in Long Beach.

“This is a bit of a homecoming, an incredible opportunity, and I’m honored that the City’s leaders believe in my vision for how policing must evolve in alignment with the community’s needs,” said Walsh. “I believe in progressive engagement, broad responsiveness to all concerns, and relationship building that starts with an earnest level of trust for one other."