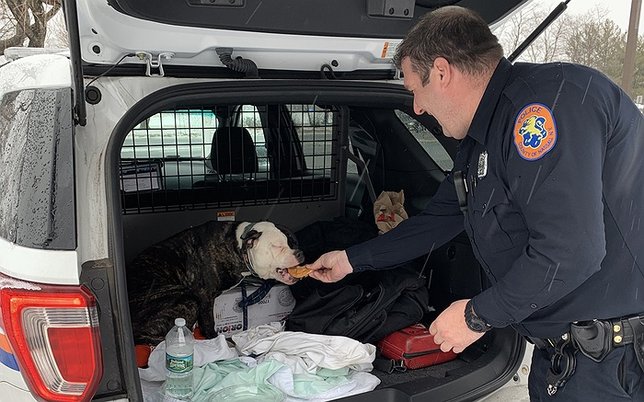 Uniondale, NY - February 12, 2019 - The Nassau County Police Department reports the details of an Animal Rescue that occurred on Tuesday, February 12, 2019 at 10:47 a.m. in Uniondale.
According to police, patrol officers were called to an abandoned house on Warren Street for a dog in distress, left outside freezing and wet. When police arrived the officers found the dog, terrified, hiding under a bush while being tied to the porch. Officers quickly reacted and made a “make shift” leash out of rope they found nearby. Using a blanket they were able to gain the trust of the dog and were able to approach it safely. 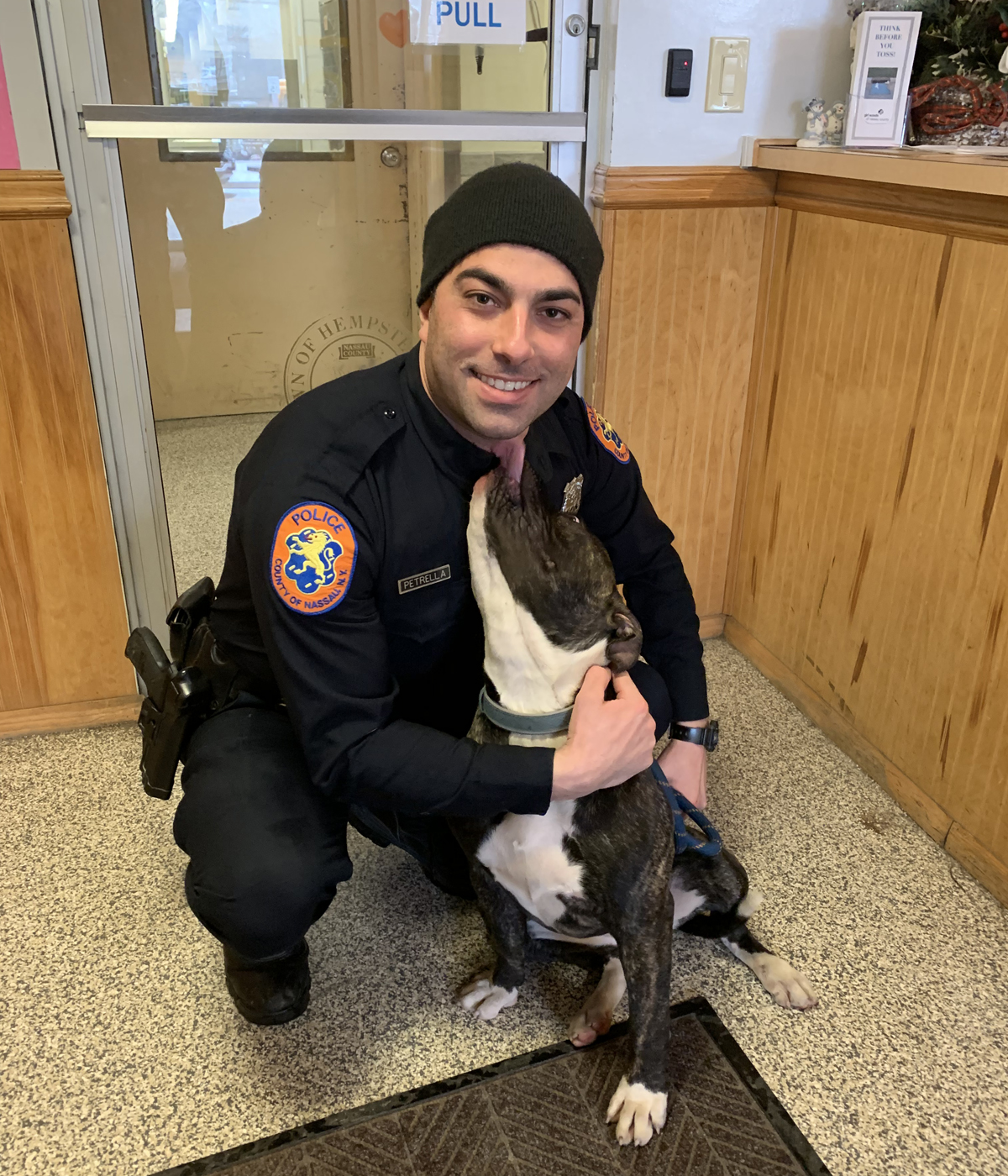 "Warren" with one of the officers that rescued him. Photo Credit: Nassau County Police Department
The officers carried the dog to their warm police vehicle and gave her warm water. The dog appeared malnourished so the officers brought the dog to McDonalds for a meal. After eating a few hamburgers the dog started feeling better and her tail even began to wag. The officers then transported the dog to the Town of Hempstead Animal Shelter where she was subsequently named “Warren”.
Anyone interested in adopting “Warren” should contact the Town of Hempstead Animal Shelter, located at 3320 Beltagh Avenue in Wantagh.