Two months after Google purchased a large robotics firm, Dyson has announced its own foray into the field of advanced robotics. 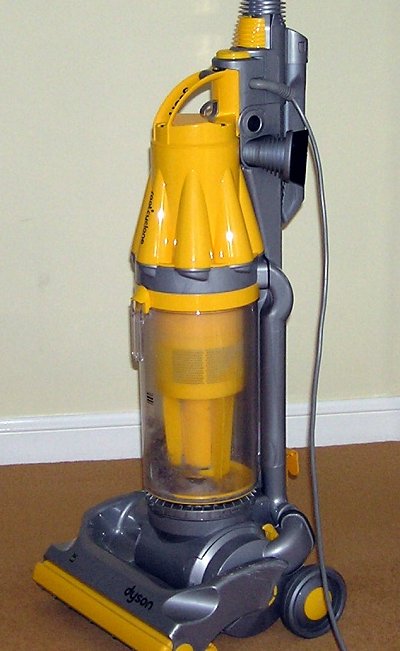 Dyson Ltd, the British company best known for designing high-powered, ergonomic, and comparatively expensive vacuum cleaners announced today that it has set its sights on a new field of technology. After adding bladeless fans, heaters, and hand dryers to its repertoire, the cleaning company is now investing £5 million (roughly $8.21 million) in a new robotics lab.

In recent years robotic vacuum such as iRobot’s Roomba have carved out a notable niche in the vacuum market, but Dyson’s 2001 prototype never made it out the factory door when the company’s founder and owner, James Dyson, decided it was too bulky and expensive. The company’s renewed interest in robotics, however, will expand to technologies beyond automated vacuum cleaners.

“My generation believed the world would be overrun by robots by the year 2014. We now have the mechanical and electronic capabilities, but robots still lack understanding—seeing and thinking in the way we do,” said James Dyson. “Mastering this will make our lives easier and lead to previously unthinkable technologies.”

The new lab will be built at London’s Imperial College will employ 15 scientists, including some of Dyson’s own engineers, and work in partnership with the college. Professor Davison, the head of robot vision at Imperial’s department of computing and an expert in single-camera Simultaneous Localization and Mapping technologies, will play an integral role in Dyson’s project.

“A truly intelligent domestic robot needs to complete complex everyday tasks while adapting to a constantly changing environment,” said Davison. “We will research and develop systems that allow machines to both understand and perceive their surroundings—using vision to achieve it.”

Dyson did not say what sort of “domestic robots” it aimed to build outside the realm of vacuum cleaners, but Professor Davison’s involvement indicates a clear intent for machines that can perceive and navigate their surroundings. Plans for the new robotics lab were announced shortly after the company said it would double the size of its Wiltshire research center and hire an additional 3,000 engineers.