The Inc. Village of Port Jefferson is Awarded $800,000 for Upper Port Development Project

Mayor Margot Garant: “Uptown Port is just as important as our downtown, and we have been working for years to revitalize and redevelopment the blighted southerly gateway of our Village. 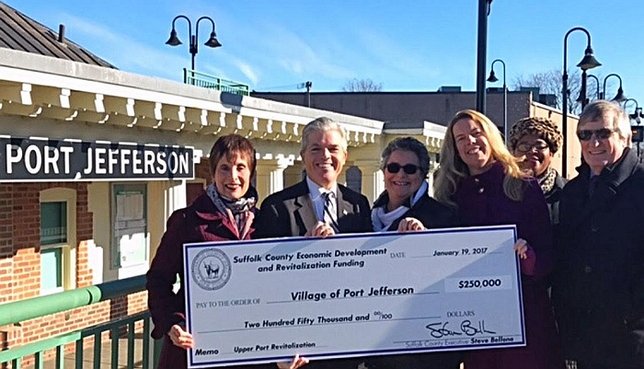 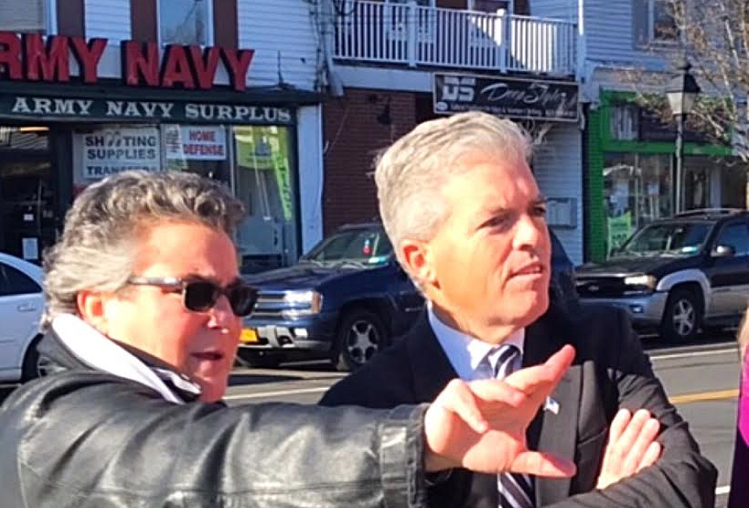 Mayor Margot Garant stated, “Uptown Port is just as important as our downtown, and we have been working for years to revitalize and redevelopment the blighted southerly gateway of our Village. You know when you have the major backers of the State and County behind you, that you are finally getting traction and things are beginning to transform there right now.  The hard work is beginning to pay off.”
NYS Restore NY Grant - $500,000 for Upper Port Blight Redevelopment
As part of the Upper Port Revitalization and Master Plans (passed in 2015), the Village of Port Jefferson embarked on a multi-phased revitalization effort with partners NYSDOT, MTA and LIRR to revitalize a severely blighted area surrounding the Upper Port LIRR station parking lots and Plaza.
Restore NY Funds will support the de/reconstruction of a key blighted commercial structure located on Main Street near the Port Jeff LIRR station Plaza. Funds will be used to demolish and redevelop the blighted structure and to transform the parcel into a mixed-used affordable housing/retail Main Street Anchor creating a sense of place triggering economic impact.  All plans and traffic studies are complete and approved by DOT, the LIRR and the MTA.  The $500,000 grant awarded will make the de/reconstruction of this critical parcel possible.
NYS Empire State Corporation Funds - $50,000 in state funds will also be used to complete and finalize the Upper Port Urban Renewal Plan. 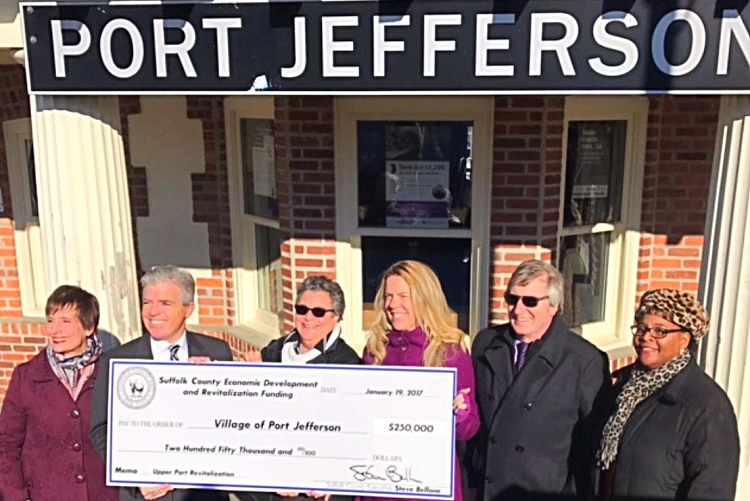 Photo by Inc. Village of Port Jefferson.
JUMPSTART Suffolk Economic Development Project Funding - $250,000
Jumpstart funds in the amount of $250,000 will offset the total cost of $850,000 to complete the shovel-ready Phase One/West Side Parking Lot Upgrades. Phase One will combine three parcels into one, mutually agreed, creating a uniform parking lot and one-way street, which will become part of the Villages managed parking system thereafter.  The West side of the LIRR parking lot is owned by the MTA, the Village, and a private developer. The Village has received MTA permission and has entered into a private/public partnership with the new housing developer currently building 72 new apartments known as Rail Realty – The Hills.
This project will create clean, well-lit access connecting new housing (“The Hills”) to the LIRR station and will encourage the use of mass transit. The Village proposed an improved parking design and reconfiguration for parking, commuter drop-off and pedestrian access along the Port Jefferson LIRR station train esplanade. The Port Jefferson LIRR Branch is one of the busiest commuter stops on the LIRR North shore branch with over 30,000+ in rider ship per day.
The upgrade of the Port Jefferson LIRR Plaza is a multidimensional transformative transit oriented development project that will include improved lighting and access to housing options, reconfigured parking, signage, traffic calming modifications for LIRR and bus entrance/exit, new drainage, sidewalks and trees. These upgrades will enhance tourism and provide a gateway to multiple transportation, tourist, event and residential options.
As a result of the $800,000 in NYS and Suffolk County Economic Development Funding, the Upper Port Revitalization project, is set to begin in Spring 2017.
“This combined NYS and Suffolk County funding will be the turn-key to bring Uptown Funk alive, attracting young professionals, families and visitors to the area spurring regional economic growth,” said Nicole J. Christian Port Jefferson Village’s grant writer responsible for preparing and submitting the grant applications.