The NCPD is looking for assistance identifying three subjects who used a stolen credit card in Target stores. 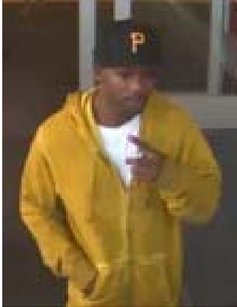 Hicksvile, NY - January 29, 2014 - Crime Stoppers and the Nassau County Police Department are seeking the public’s help with identifying the pictured unknown subjects. The subjects are wanted in connection with an Identity Theft that occurred in Hicksville, New York.
Between Friday, October 4, 2013, at approximately 9:00AM, and Saturday, October 5, 2013, at approximately 5:00PM, the subjects did fraudulently purchase four Apple Ipads using the victim’s stolen Bethpage Federal Credit Union credit card. The purchases were made at two separate Target stores in Queens, and Valley Stream, New York. The subjects fled the scenes in unknown directions.
Crime Stoppers is asking anyone who can identify the subjects, or anyone with any information about these crimes to call our toll free hotline: 1-800-244-TIPS (8477).