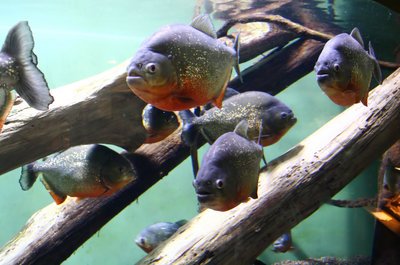 A tropical fish importer from Long Island has gotten himself into hot water after importing thousands of piranhas under a false label to a Queens fish shop, as well as fish sellers in other states.

Joel Rakower of Melville owns Transship Discounts Ltd., where he purchases fish from around the world and delivers them to fish stores in Queens.  In March 2011, Rakower ordered 39,548 piranhas from Hong Kong, and instructed the supplier to label the piranhas as silver tetras, a common and unaggressive fish, on the packing slips, knowing that he United States Fish and Wildlife Service would check the packing slips upon inspection.

Piranhas were made illegal to import into the United States just before Rakower imported his shipment of nearly 40,000 of the toothed fish.

“Rakower flouted federal laws meant to protect people and the environment from the illegal trade in wildlife species,” said Acting Assistant Attorney General Robert Dreher in a release from the Justice Department.  “Mislabeling imported wildlife presents dangers to the public and the environment and we will continue to prosecute these cases.”

The 39,548 piranhas imported by Rakower are worth approximately $37,376, which his company then sold to fish retailers in several states.  He agreed to pay a $3,000 fine, and his company, Transship, will serve a two-year period of probation, pay a $35,000 fine, and pay $35,000 in restitution to the State of New York’s Department of Environmental Conservation Division of Law Enforcement.

Piranhas are freshwater fish that are native to South American rivers, such as the Amazon, Orinoco, Guyana and the Sao Francisco river systems.  The flesh-eating fish are incredibly aggressive, and subsist on insects, fish, amphibians, and mammals. Because of their aggressive nature, they have been banned or regulated in 25 states.  The Fish and Wildlife Service are particularly interested in monitoring piranhas entering the country because of the danger they pose to native species if they would be released into rivers in the United States.  Although piranhas typically live in warmer waters, they are able to withstand cold water temperatures as well, which further makes them a threat if they are released into the wild by fish enthusiasts if they grow too large for their tanks, or if their owners no longer wish to keep them.