Susan Pemberton of Rockville Centre, pleaded guilty in a Nassau County court for multiple charges including identity theft and scheme to defraud after using Craigslist ads to fake jobs and apartments to collect credit information. 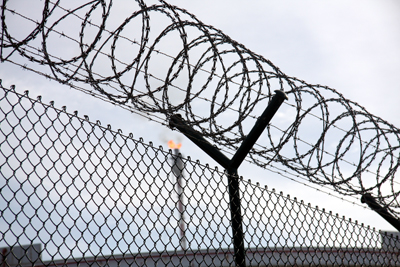 Susan Pemberton, of Rockville Centre, and Cynthia Silbert, of Roslyn, were arrested last November after stealing more than $75,000 in fradulent bank loans and credit cards.  In addition to the charges of identity theft, the Long Island women filed false financial paperwork in order to gain more than $500,000 in tax returns.

On Wednesday, Pemberton pleaded guilty to the charges against her, including grand larceny, scheme to defraud and identity theft at Nassau County court.
The Nassau County District Attorney’s office worked with the Criminal Investigation Division of the state’s Department of Taxation and Finance, and the United States Postal Inspection Service in securing a case against Pemberton and Silbert.
The investigation into the women’s activity began in late 2011.  Officials at the Department of Taxation and Finance found hundreds of tax returns filed for 10 Nassau County addresses, including some listed as apartments and later found out to be rental mailbox in Great Neck.
Pemberton and Silbert created fake Craigslist ads for jobs and property rentals as a way of collecting credit information from unsuspecting applicants.  Using the victims identities, the women applied for bank loans and credit cards.  Silbert, a health aide, even stole the identities of her elderly patients.
Pemberton is facing between two and four years in prison.  Silbert was sentenced to five years probation, with time served.  A third party in the scheme, Keith Campbell of Brooklyn, pleaded guilty to his involvement last July.
Share your thoughts on this article by posting your comment below or visiting our Long Island Living discussion forum.