A woman was caught with three pumpkins full of cocaine at an international airport, and an Oyster Bay man was arrested for selling the drug on Halloween night. 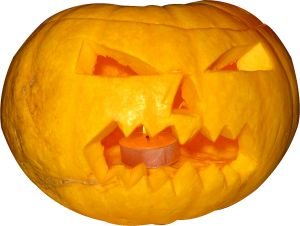 November 1, 2013 - While Halloween is usually reserved for kids filling bags and pales full of sugary treats, one traveler at Canada’s Montreal-Pierre Elliott Trudeau International Airport decided to take a different approach to the Holiday. The passenger, whom officials would only identify as female, was caught with three pumpkins stuffed full of cocaine.

A spokesman for the Canada Border Services Agency said the pumpkins seemed a little too heavy so they were run through an X-ray scanner, where it was revealed that they had been hollowed out and filled with 2 kilograms (nearly 4.5 lbs) of the illicit substance.

The discovery represents roughly 5% of all cocaine seized by the airport this year, and could have sold for anywhere between $274,000 and $340,000. No further details about the passenger or her intended destination are currently available.

In an unrelated incident, the Town of Oyster Bay had its own Halloween run-in with narcotics last night. At approximately 11:34 PM, officers observed a man selling cocaine near East Main Street and placed him under arrest. Frank D. Mejia, 24, of Glen Cove Road in Oyster Bay has been charged with Third Degree Criminal Sale of a Controlled Substance, and Third Degree Criminal Possession of a Controlled Substance. He is being arraigned at First District Court in Hempstead today.