Attorney General Eric T. Schneiderman today released the results of a wide-ranging investigation into the concert and sports ticket industry. 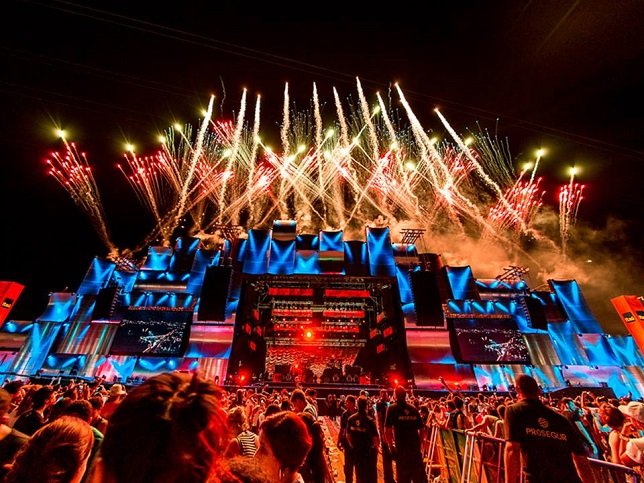 Multi-year investigation finds more than half of all tickets to many popular concerts are reserved for event insiders and pre-sale customers before tickets even go on sale to general public.

Buffalo, NY - January 28, 2016 - Attorney General Eric T. Schneiderman today released the results of a wide-ranging investigation into the concert and sports ticket industry. The investigation uncovered practices and abuses that prevent New York consumers from accessing tickets at affordable prices – or even accessing them at all.

Schneiderman also announced settlements with two ticket brokers that were illegally operating without a ticket reseller license.  The businesses, MSMSS, LLC and Extra Base Tickets, LLC, have sold thousands of tickets to events in New York.  The settlements require that the companies and their principals maintain a ticket reseller license and pay penalties for having operated illegally. MSMSS will pay $80,000 in penalties and Extra Base Tickets will pay $65,000.

The Attorney General’s office began the investigation in response to a series of citizen complaints. The report on the investigation, entitled “Obstructed View: What's Blocking New Yorkers from Getting Tickets,” details the middle-men and troubling industry practices that work to keep affordable tickets out of the hands of ordinary New Yorkers.

“Ticketing is a fixed game,” Attorney General Schneiderman said. “My office will continue to crack down on those who break our laws, prey on ordinary consumers, and deny New Yorkers affordable access to the concerts and sporting events they love. This investigation is just the beginning of our efforts to create a level playing field in the ticket industry.”

For the most popular concerts, the investigation found that many tickets are never made available to the general public in the first place.  Rather, a majority of tickets for major entertainment events are either put on “hold” and reserved for a variety of industry insiders including the venues, artists or promoters, or reserved for “pre-sale” events and made available to non-public groups, such as those who carry particular credit cards. On average, more than half of all tickets -- 54 percent – are reserved for insiders. Those reserved tickets are split between insider holds (16%) and pre-sales (38%).

In addition, the investigation found that venues and ticket sellers like Ticketmaster regularly tacked on fees that added more than 21% to the face price of tickets, and in some extreme cases, added more than the face-value price of the ticket.

The investigation further discovered that third-party brokers resell tickets on sites like StubHub and TicketsNow at average margins of 49 percent above face-value -- sometimes more than 1,000 percent.

Some of the brokers are using illegal specialty software – called “ticket bots” -- to quickly purchase as many desirable tickets as possible and resell them at a significant markup. The investigation, for instance, found that on December 8, 2014, a single broker used a bot to purchase 1,012 tickets to a June 2015 U2 show at Madison Square Garden within the very first minute of the sale. The investigation confirms that hundreds of thousands of tickets are being acquired using illegal software.

“The revelation that the concert and sport ticket industry is unfair is nothing new, however discovering how deep it goes is certainly unsettling,” said Assemblyman Jeffrey Dinowitz, Chair of the Assembly Committee on Consumer Affairs & Protection. “This unscrupulous system is detrimental to the thousands of fans out there who are just trying to see their favorite show or sports team. Ticket vendors charging substantial fees, or withholding tickets to distribute to industry insiders have created a system that is decidedly unfair to the general public. Moreover, the existing system has also enabled a select few to buy tickets in bulk to Broadway shows like ‘Hamilton,’ or big concerts like Bruce Springsteen & the E Street Band, only to sell them on the secondary market at outrageous markups – these people are nothing short of vultures. I applaud the Attorney General for conducting this investigation.”

“When local music lovers have to spend so much on one concert, it leaves that much less money to spend on local music, theater, and entertainment - and that can hurt our local cultural economy” said Tod A. Kniazuk, Executive Director of Arts Services Initiative of Western New York. “We applaud Attorney General Eric Schneiderman’s effort to combat this issue, and we support a system that is more equitable for those who wish to experience the arts.”

“I’ve worked with artists to make ticket prices affordable, only to see those same tickets on sale on the secondary market for much more than face value,” David Taylor, an independent promoter with Empire State Concerts said. “It’s what happens when bots are involved, and consumers are left with the choice of not attending events or paying a lot to see their favorite artists. This is a practice that needs to end, and I thank the Attorney General for his support.”

“I’ve been to numerous concerts in my life, but recently I’ve had more difficulty purchasing tickets,” said Debra Cresanti of the Town of Cheektowaga. “I attribute the problem to ticket bots, and I feel they create an uneven playing field. People like me are often left with the option of paying an exorbitant amount of money for tickets or not seeing their favorite performers live. It’s unfair, and I thank Attorney General Schneiderman for working to correct the problem.”

“I've been in the live music and events business for twenty years and over that time I've seen technology have a positive impact on our industry. With the good has also come the bad and the ticket bots are a very real problem for both producers and consumers,” said Donny Kutzbach of Funtime Presents/Town Ballroom. “I’ve seen bots manipulate the system, hold tickets and ultimately lock average consumers out of the ticket buying process. It’s unfair, and I thank Attorney General Eric Schneiderman for working to resolve this issue.”