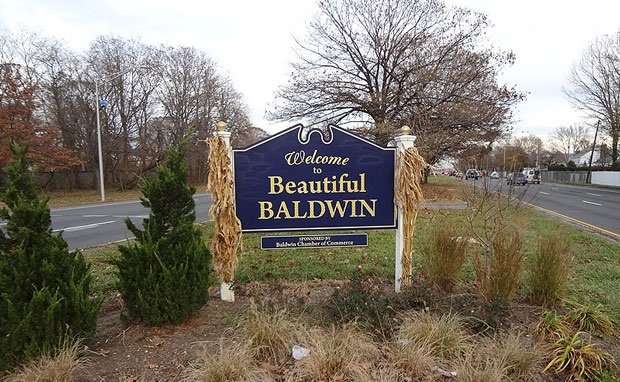 The grant will be used to restore vacant properties from 2408-2416 Grand Avenue in Baldwin.

Baldwin, NY - January 26, 2017 - Senator Todd Kaminsky, Councilwoman Erin King Sweeney and Legislator Laura Curran held a press conference today during which they announced that the Town of Hempstead will be receiving a $458,000 New York state grant for the revitalization and development of downtown Baldwin.

"This substantial state investment will go a long way to the economic revitalization of Baldwin," said Senator Todd Kaminsky. "Investing in smart development will ensure that Baldwin's economy and neighborhood thrive. I was thrilled to have worked to secure this vital grant and I will continue fighting to get more funding for the district. I want to thank Governor Cuomo for continuing to prioritize the redevelopment of Baldwin."

"What a great step forwards for the revitalization of Baldwin's Grand Avenue,” said Assemblyman Brian Curran. “I am confident there will be more to come keeping Baldwin a thriving, revitalized community. Happy to work with my partners in government as we are all determined to keep Baldwin a place for growth and expansion."

"I am delighted the state is investing in Baldwin's downtown,” said Legislator Laura Curran. “We have great potential here, and this will dovetail beautifully with our on-going effort to ensure Baldwin lives up to its potential. I thank Sen. Kaminsky for his tireless work for our community."

"Thank you to Governor Cuomo for the incredible grant for the people of Baldwin,” said Councilwoman Erin King Sweeney. Supervisor Santino and I are working tirelessly to bring redevelopment to Grand Avenue. There is nothing more important than bringing economic vitality to communities like Baldwin."

The grant will be used to restore vacant properties from 2408-2416 Grand Avenue in Baldwin. The funding is through the Empire State Development’s Restore New York Communities Initiative which seeks to revitalize commercial and residential property to attract residents and business. The funds will be used as a subgrant to Basser-Kaufman and Engel Burman Group, the designated developer, to supplement site development costs specifically related to the vacant, blight properties. This will be part of a larger project on Grand Avenue to construct mixed-use development with 25,000 square feet of ground floor retail space and approximately 140 apartments units. The total cost of the project is estimated at $53 million.