Grants to be Provided to More Than 70 Music Students from North Babylon High School to Cover Such Core Necessities as Supplies, Transportation and Tutors. 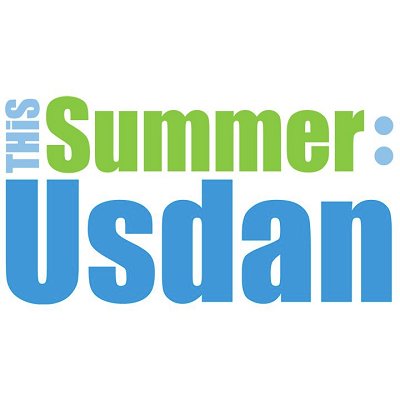 North Babylon, NY - April 2, 2014 - Bethpage Federal Credit Union announces the recipients of its first “micro” grant program to assist music students from the North Babylon school district who will be attending Usdan Center for the Creative and Performing Arts, the renowned summer arts day camp. The Bethpage “micro” grants will pay for the students’ many additional expenses normally associated with year-round music study that can become a stumbling block for underserved families. As part of the grant program, Bethpage will also provide full 2014 summer program scholarships for Usdan Center’s 47th season, which begins June 30. More than 70 North Babylon High School students are beneficiaries of the grant.
Some examples of the way the micro grants will be used throughout the year include: bus transportation to the Usdan campus, music supplies, a private tutor to be used before an audition or performance, transportation to an audition, or even professional clothes.
“We are delighted to extend our partnership with Usdan to help these young accomplished performers study music without worrying about the expenses of supplies, transportation and other key necessities,” said Linda Armyn, Senior Vice President, Bethpage. “These students demonstrate amazing qualities of musical talent, academic excellence and fine character, and we’re proud to help them achieve their goals.”
Bethpage’s new micro grant program was designed as an extension to the existing Usdan/Bethpage Scholar in the Arts program that has been in existence since 2011. “Scholar in the Arts has provided many students the opportunity to study at Usdan when they otherwise might not have had the financial means to do so,” continued Armyn.
Usdan’s Executive Director, Dale Lewis, adds, “We thank Bethpage Federal Credit Union for their ongoing support of the Usdan Center, and of this unique collaboration with the North Babylon Schools. Our friends at Bethpage have thought “out of the box” in their sponsorship of this program of micro grants that will surely be invaluable to North Babylon students and their families.”
Bethpage Federal Credit Union is a not-for-profit financial cooperative, existing solely to serve its members and has experienced rapid growth in recent years to become a strong alternative to banks. Bethpage was approved for the largest federal community charter in the U.S. in 2003 and now is New York State’s largest credit union and Long Island’s primary community financial institution with 232,000 members, 27 branches and 60 shared service center locations throughout Nassau and Suffolk Counties. As a financial cooperative, Bethpage offers the best-in-market rates, low fees and world-class service, and a full menu of personal and commercial financial services.
Bethpage maintains branch locations in Bay Shore, Bay Shore King Kullen, Bethpage, Central Islip, Commack King Kullen, East Meadow NuHealth, Elmont, Farmingdale, Freeport, Glen Cove, Hempstead, Huntington, Levittown King Kullen, Lynbrook, Massapequa, Melville, Mineola, North Babylon, Patchogue, Port Jefferson, Riverhead, Seaford, Smithtown, Roosevelt, Valley Stream King Kullen, West Babylon and Westbury with over 425 surcharge-free ATMs including King Kullen, CVS Pharmacy, 7-11 and Costco locations throughout Long Island. For more information, call 1-800-628-7070 or visit bethpagefcu.com.
Usdan Center for the Creative and Performing Arts, is the nation’s premier not-for-profit summer arts day camp. Usdan, now entering its 46th season, has been declared a “Best Of” camp by TimeOutNY/Kids. Usdan is open to all young people from age 6 to 18, and no audition is needed for most programs. Admission to Usdan is based on an expression of interest in the arts. The Center is situated on a 200-acre woodland campus in Huntington, Long Island, to which 1,600 students travel each day on buses that depart from neighborhoods throughout the New York metropolitan area. Although Usdan’s mission is for every child to establish a skill-based relationship with the arts, the unique inspiration of the Center has caused many to go on to professional careers. Usdan’s 60,000 alumni include actors Natalie Portman, Olivia Thirlby and Lisa Gay Hamilton, singers Jane Monheit and Mariah Carey, Broadway playwright Michele Lowe, Grammy-Award winning producer Adam Abeshouse, Juilliard Pre-College Orchestra conductor Adam Glaser, and members of major American orchestras, dance, and theater companies. Usdan was formed to provide children with the arts as a companion for life through great teaching, and the camaraderie of fellow students whose bond is their love of the arts. Usdan offers more than 40 programs in orchestra, band, chorus, guitar, piano in the Music Department; ballet, modern, jazz, and tap dance in the Dance Department; musical theater or drama in the Theater Department; creative writing, fashion design, chess nature and ecology, and organic gardening. A special feature of each student’s program is the Center's series of Festival Concerts, daily educational performances by distinguished artists. Some of those who have appeared at Usdan include James Galway, Yo-Yo Ma, Canadian Brass, jazz artists Jimmy Heath, Arturo O’Farrill, Jon Faddis, Bobby Watson, Randy Brecker and Jane Monheit, the Tokyo String Quartet, the Limon Dance Company, and stars of numerous Broadway shows.
Usdan’s Long Island campus includes 70 state-of-the-art studios and theaters, each providing an inspiring collaboration with the Center’s magnificent woodland. Usdan is a beneficiary agency of UJA-Federation of New York, and the Center is chartered by the Regents of the State of New York.