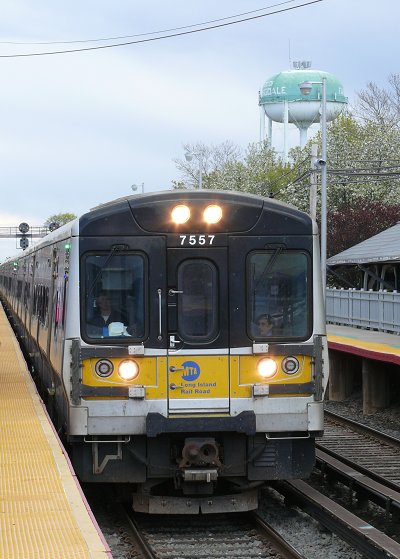 Albany, NY - January 24, 2014 - Governor Andrew M. Cuomo today announced that the Federal Transit Administration (FTA) has awarded $886.3 million to the Metropolitan Transportation Authority (MTA) to repair and rebuild infrastructure that was damaged by Superstorm Sandy and protect and fortify it against future storms. The funding will help state government continue to reimagine New York’s vital infrastructure for the new realities of extreme weather.

The grant builds on an initial allotment of $193.9 million announced by the FTA in March 2013. The MTA has spent almost $180 million so far on capital projects to rebuild and strengthen infrastructure damaged by Superstorm Sandy, and committed more than $750 million for specific Sandy recovery and resiliency projects, many of which are funded at least in part by the grant being announced today.

“With this funding, we are furthering our efforts to reimagine New York’s most vital infrastructure to meet the needs of extreme weather,” Governor Cuomo said. “This grant is critical to the continued health and viability of the New York metropolitan region’s $1.4 trillion economy. I am thankful for the support of the federal government in this endeavor, and know that it will go a long way to helping us build a stronger and more resilient New York.”

“There are many challenges a transit system faces in the months and years after suffering the types of severe impacts we did during Sandy,” MTA Chairman Thomas F. Prendergast said. “The work of rebuilding carries on behind the scenes long after the storm has left the public consciousness. At the same time that we are rebuilding an entire subway tunnel, we are fighting back against latent failures – unseen failures brought on by the storm that are waiting to happen – and reduced lifespan of components system wide. This funding is essential in helping us to address those needs and to allow us to continue to provide service at the same time that we build back stronger than we were before the storm.”

The specific allocations for each MTA agency from the newly announced award are as follows:

Details for each project funded through this grant are given below.

Superstorm Sandy triggered the worst transit disaster in U.S. history in October 2012. FTA plans to award $3 billion on a competitive basis for projects that protect critical transit infrastructure from being damaged or destroyed by future natural disasters.

The MTA has budgeted a total of $5.8 billion for Superstorm Sandy resiliency work – fortification projects that are beyond the scope of simple repairs – that will render the New York region’s transportation network more prepared and resilient in its most vulnerable areas to protect equipment and infrastructure against future storms. The MTA expects this work to be funded mostly through reimbursements from the federal government.

In addition, Governor Cuomo and the New York State Legislature have approved projects totaling $4.7 billion dollars for MTA Sandy-related repairs. The MTA is seeking federal support for the majority of its post-Sandy reconstruction efforts, and is issuing short-term notes to pay for immediate reconstruction needs as well as local match requirements, pending receipt of Federal funds. Monies from the FTA, as well as insurers and FEMA are being used to reimburse the MTA and its noteholders.

The MTA is seeking federal support for the majority of its post-Sandy reconstruction efforts, and is issuing short-term Bond Anticipation Notes and long-term bonds to help pay for immediate reconstruction needs as well as local match requirements.

The Disaster Relief Appropriations Act of 2012 provided $10.9 billion for FTA’s Emergency Relief Program for recovery, relief, and resiliency efforts in areas affected by Hurricane Sandy. That total was subsequently cut by almost $545 million due to sequestration. FTA is allocating the remaining $10.4 billion in multiple tiers for response, recovery, and rebuilding; for locally prioritized resiliency projects; and for competitively selected resiliency work. FTA has made available roughly $5.7 billion to help transit systems in the affected states. To date, the MTA has been allocated $3.8 billion from the FTA, including $898 million for resiliency.

“This is a welcome and much-needed investment in New York’s transportation infrastructure that will ensure Metro-North is better prepared for future storms,” said Congresswoman Nita Lowey. “Federal aid has been essential in not only helping communities, businesses, and homeowners recover and rebuild, but in ensuring that our region is better prepared to withstand the impact of future disasters.”