Last weekend, The Stony Brook Chamber Singers, a group of seven boys and nine girls in grades 9 through 12 from the Stony Brook School, a Christian co-ed college preparatory school, traveled to Washington, D.C. ... 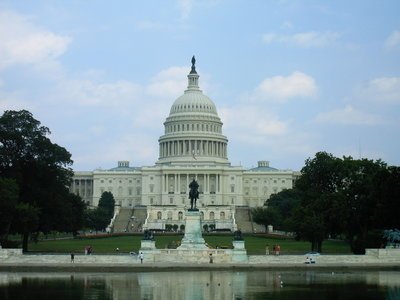 Last weekend, The Stony Brook Chamber Singers, a group of seven boys and nine girls in grades 9 through 12 from the Stony Brook School, a Christian co-ed college preparatory school, traveled to Washington, D.C. to perform at the Presidential Inauguration Festival.

The ensemble, consisting of four sopranos, five altos, four tenors and three basses was first selected by audition from among the school’s 65-member choir and then was selected to sing at the festival by the WorldStrides Heritage Performance program, a program that provides opportunities for students to perform in renowned venues.

“This is the first time we’ve had anybody be selected for this honor, and I know parents and alumni are excited about this,” said Jane Taylor, the assistant head of The Stony Brook School.

The group was invited to perform and compete because of the high ratings it received at previous competitions in the WorldStrides program, Chamber Singers Director Dustin Ramirez said. The students "have had an excessive amount of practice. I'm proud of them," he continued.

Just before boarding the bus to D.C., Ramirez commented that the opportunity to perform came through the kids' hard work and the work of kids that came before them, remarking, “It’s awesome."

But Megan Poulos, a 15-year-old sophomore chamber singer credits Ramirez with paving the way for the group to perform. "Mr. Ramirez works super hard and he's the reason we have these opportunities," she said of the 28-year-old choral director.

After performing three songs a cappella under the guidance of Ramirez at National City Christian Church in Washington on Saturday, the choral ensemble took home first place in their division.

“Everyone was amazing. I was so shocked we won,” said Allie Cunningham, a 16-year-old junior from Setauket.

“We've sung for a school before, and at other competitions but nothing as big as this. I was very excited, still am actually," said Maya Kamara, a 16-year-old member of the choir from New Jersey.

The following day, the group watched the inauguration festivities at the National Mall.

"Not too many people get to be there for the inauguration, so that's pretty much an incredible experience in and of itself. So I'm pretty excited for that," said Madison Rylands, a chamber singer.

In addition to receiving a Gold Rating and Second Place at the New York City Heritage Festival, this year, the chamber singers received First Place at Music in the Parks, and a Superior Rating, Best in Class, and Overall Gold Winner in the Speciality Choir Division at the Festival Disney National Choral Competition at Walt Disney World.

We welcome your comments about this story. Please share them below or on our Long Island Discussion Forum.