Long Island Wine to be Served at Presidential Inauguration

Bedell Cellars' 2009 Merlot will be served at the Presidential inauguration on Jan. 21, showcasing and honoring Long Island wines. 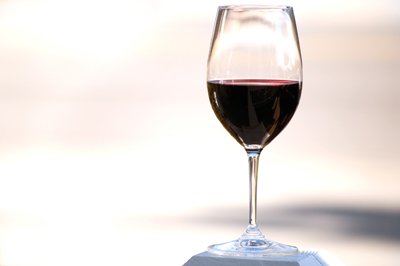 A Long Island winemaker was honored to learn that his 2009 merlot would be served at the upcoming Presidential inauguration.

Richard Olsen-Harbich, the owner of Bedell Cellars said, “Everyone at Bedell Cellars is honored to be the first Long Island winery served at an Inauguration of the President of the United States. As we celebrate over 30 years of winemaking excellence at Bedell Cellars we also wish to thank our customers‚ who have supported our wines over the years. ”
Bedell Cellar’s merlot is the first Long Island wine to ever grace a Presidential inauguration, and its selection is an honor for the entire wine country on Long Island’s North Fork.
New York Senator Charles Schumer is serving as chairman of the Joint Congressional Committee on Inaugural Ceremonies, and made the announcement on Thursday.
“Serving Long island’s own Bedell Cellars merlot at the Inaugural luncheon shines a spotlight on one of New York’s world-class wine industry,” Schumer said. “President Obama, Vice President Biden, members of Congress, the Supreme Court, and the Cabinet will all get a taste of Long Island’s finest with the addition of Bedell Cellars."
Olsen-Harbich also said the wine pairs well with food.  Attendees will enjoy a delicious   glimpses of uniquely American cuisine, including steamed lobster and clam chowder as the first course, and wild horseradish potato cakes with hickory grilled bison for the second course.
The inauguration menu features other New York products including Fage Greek Yogurt, produced in New York’s Fulton County.  Plain and vanilla yogurt will be served with a variety of fruit, including strawberries, pineapples, pears and granola toppings.
Apples grown at Golden Harvest Orchards in Valatie will be used to make the apple pies designated as the inaugural desserts, while cheese made in Cooperstown and honey from Rochester, butternut squash and Crown Maple syrup from Dutchess County will also be ingredients in inaugural dishes.
Share your thoughts on this article by posting a comment below or by visiting our Long Island Living discussion forum.