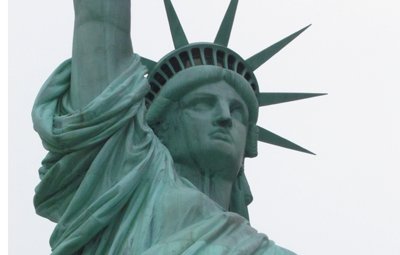 State Operating Funds are increased by 1.6 percent to $90.8 billion, and all funds, including federal funds, were increased by $2.5 billion, or 1.9 percent.
This new budget also raises the minimum wage from $7.25 to $8.75 an hour, bringing it more in line with the actual cost of living in the state.
This is the third year in a row that the budget would restrain spending growth to a 2 percent cap, though it also provides funding to create new jobs and reinvest in the state economy.
Education aid, as mentioned in the State of the State address, will be increased by approximately 4 percent, or $889 million.  This translates to more than $300 more per student per year.
The 10 Regional Economic Development Councils, created last year as vehicles to develop long-term strategic plans for economic growth according to the various needs and talents throughout the state, will return for a third round.  Funding is also provided for accelerating the commercialization of technologies developed within the state, as well as marketing the state’s tourism assets, particularly Up State.
Reforms will be made to the Workers’ Compensation system which are expected to save school districts, local governments and employers a combined $900 million.
The new Stable Rate Pension Contribution Option builds on the mandate relief enacted by the 2012-13 budget as a means of pension relief.  The option reduces near-term payments for employers, but is fiscally neutral to the retirement funds in the long run.
In addition to reigning in spending, governmental redesign and cost control are factored in for savings of nearly $974 million.
"By making difficult decisions over the past two years we have brought stability, predictability, and common sense to the state's budget process," Governor Cuomo said.  “Two consecutive fiscally responsible budgets have drastically reduced the deficit we face in this fiscal year and those we will face in years to come. As a result, we are able to make critical investments to build a world-class education system, support job creating projects in all corners of the state, provide assistance to local governments, and rebuild communities that were hit hard by Superstorm Sandy."
You can read the entire 2013-14 Executive Budget Proposal here.  You can also review budgetary information at the state’s new web portal, www.openbudget.ny.gov.
Share your thoughts on this article by posting a comment below, or by visiting our Long Island Living discussion forum.