Friends of Science East purchased land from Agfa that includes Tesla's Long Island laboratory, Wardenclyffe Tower, and will use it as an educational science center and museum. 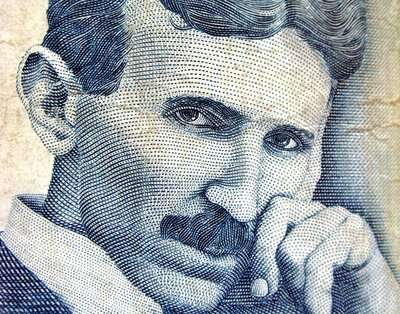 The Shoreham laboratory of visionary scientist Nikola Tesla was officially sold by Agfa Corporation on Thursday to Friends of Science East, who plan to turn the historical facility into a museum and educational science center.

Agfa, who owned the land that included Tesla’s ominous laboratory, the Wardenclyffe Tower, asked for $1.6 million, and offered the sale to housing and retail developers.

Friends of Science East, a Long Island group seeking to develop a regional science center on the East End, began fundraising last summer.  Their cause was picked up by Matthew Inman, the quirky writer and illustrator of popular internet comic “The Oatmeal,” who also happens to be a science enthusiast.  He then began raising money that would be donated to Friends of Science East to purchase the land.  Using crowd-funding site Indiegogo, Inman began the campaign “Operation Let’s Build a Goddamn Tesla Museum,” and invited users to donate money online, and in exchange, he donated his artwork and products to donors who paid particular amounts.

The goal for the Indiegogo campaign was $850,000, as New York State officials offered a matching grant if Friends of Science East reached that level.  The result was overwhelming, and in the first 24 hours that the campaign opened, Inman had raised $450,000.  Over the fundraising period, the cause raised a total of $1,370,461, all of which was donated to Friends of Science East for the creation of the Tesla Science Center at Wardenclyffe.

Though the funds were raised last September, the purchase was not officially made until May 2. The transaction as announced at the New Yorker Hotel in Manhattan, where Tesla lived out his remaining days after he ran out of money for his experiments in 1917 and was forced to abandon Wardenclyffe Tower.

The Friends of Science East are still not finished with their fundraising efforts, because the $1.6 million only covers the cost of the land.  They estimate that they will have to raise about $10 million to restore and renovate the facility to be used as a science learning center and museum.  The nonprofit group plans for the facility to be used for school field trips, science education conferences, science competitions, workshops, and as a site for visiting scientists to give public lectures and presentations. It will also include a permanent Tesla exhibit, Exploratorium-type exhibits, a gift and book shop, a café, and a science research space.

The Wardenclyffe Tower was initially constructed to provide free wireless energy to people all over the world, but Tesla ran out of funding before he completed his project, and in 1917, the tower was demolished.

Having this science center right in Tesla’s Wardenclyffe laboratory is integral to connecting present genius with the past, and gives off a certain mysterious aura.  The ground below Tesla’s tower is “honeycombed with subterranean passages,” reported The New York Times in a 1904 article.  The scientist spent much of his time below ground, but also worked in the laboratory erected in the tower itself.

“In this system that I have invented,” Tesla said in 1904, “it is necessary for the machine to get a grip of the earth; otherwise it cannot shake the earth. It has to have a grip… so that the whole of this globe can quiver.”

For more developments on the Tesla Science Center at Wardenclyffe and Friends of Science East, you can go to their website here.