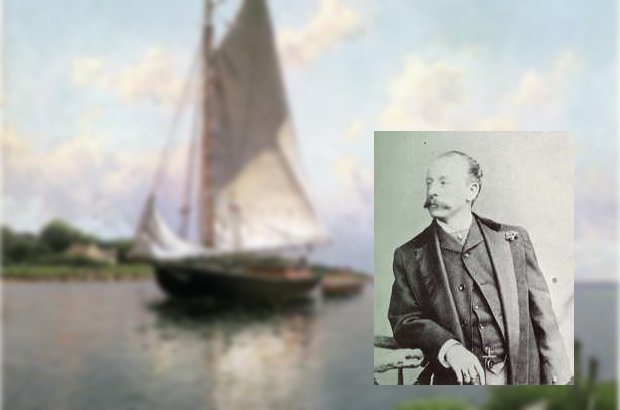 Alfred Thompson Bricher, the artist who painted the sailboat in Blue Point, lived from 1837 to 1908. This beautiful oil painting was made in 1888 and titled “Blue Point, Long Island.” Bricher was, according to online biographies, a self taught luminist. “He explored the effects of light and how it reflected, refracted, and absorbed on landscapes and seascapes.” 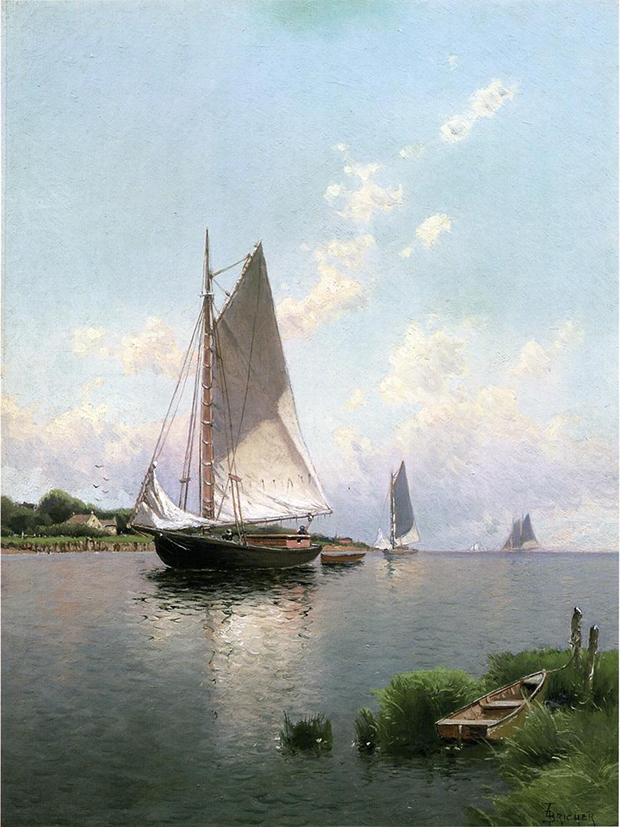