A middle school in Seaford was placed on lockdown yesterday morning after a threatening note was found in a restroom. 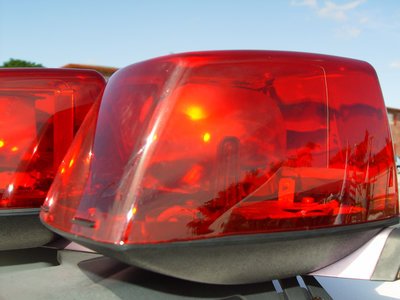 A middle school in Seaford was placed on lockdown yesterday morning after a threatening note was found in a restroom.

Reports indicate that after finding the threatening message at about 9:35 a.m., a student at Seaford Middle School, located at 3940 Sunset Avenue, turned the note over to a teacher, who passed it on to the principal. Nassau County police responded to a call by administrators, and after precautionary measures were taken, officials determined that the school was safe.

The lockdown at Seaford Middle School came a day after Tuesday morning’s scare at Elmont High School, where students were held in lockdown with lights out for hours after administrators received a 911 call about the possibility that a male teenager was on the premises carrying a gun.

On Tuesday afternoon, two students at Harborfields High School in Greenlawn also discovered a threatening message, this time written on the wall of a girl’s restroom claiming that a bomb was going to be set off.

According to Harborfields Central School District Superintendent Diana Todaro, the students reported the threat to a guidance counselor, who alerted school administration, after which police were immediately called.

A police department spokesman said officers responded to the school around 3:17 p.m. and after a thorough search was conducted, no bomb was found. After the investigation, the threat was deemed unfounded, officials reported.

“While this is an unfortunate situation, we treat these matters with the utmost caution and appropriate follow-up will continue,” Todaro said. “As always, the health, safety and welfare of our students and staff continue to be our top priority.”

The school resumed its normally scheduled classes on Wednesday.

The Harborfields incident represents the third threat to a Long Island School this week.