Students at Elmont Memorial High School have resumed normal activities after a 911 call about a male teenager possibly carrying a gun forced the school to lockdown for several hours yesterday. 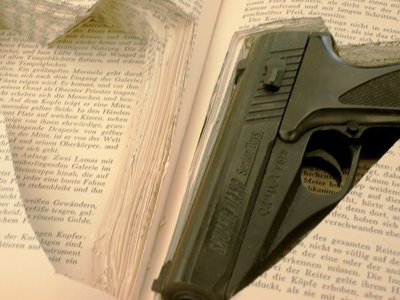 Students at Elmont Memorial High School have resumed normal activities after a 911 call about a male teenager possibly carrying a gun forced the school to lockdown for several hours yesterday.

Inspector Kenneth Lack, a Nassau County police spokesman, said the call came from a woman who told authorities she saw what may have been a lime green gun inside a teen’s backpack. The call came at approximately 7:45 a.m., just 10 minutes before classes were scheduled to begin. The school went into lockdown shortly after that.

Though police said the gun was likely a toy, they took every precaution in light of the Sandy Hook Elementary School shooting last month, sending officers and a SWAT team to the school in response to the call. Helicopters were also dispatched to search the surrounding area.

For over three hours police guarded the front of the building while students, some of them huddled in corners, were locked in their classrooms with the lights out. Students who arrived after the lockdown began were turned away while scores of fearful parents began congregating outside the school. Reports indicate that the students remained calm throughout the incident.

After searching three floors of the school, room by room, police concluded that the school was safe and the lockdown was lifted shortly before 1 p.m. Police later reported that a toy lime green Nerf lever-action gun was found in a student's locker.

“This is really scary,” said Norman Spencer when he arrived at the school to pick up his son Darien. "We've seen numerous reports regarding issues like this, but when it happens here, it touches home."

No injuries and no arrests have been reported.