The Brookhaven Town Board has approved new amendments to zoning definitions which are designed to preserve the hamlets' charm while encouraging economic growth. 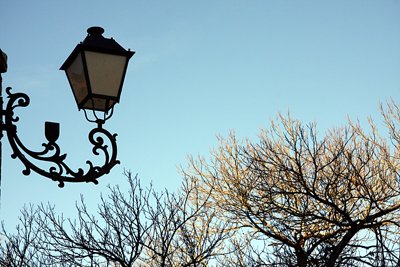 Following three years of planning, the Brookhaven Town Board finally released new zoning regulations for the Route 25A corridor that protects the hamlets from large-scale development while encouraging economic growth.

Part of the long-term planning process included identifying residents visions of the future, amending various zoning definitions and the creation of three new overlay districts.  The Town Board unanimously adopted the amendments on Friday, and 300 town residents participated in various meetings on the issue.
The Route 25A Mount Sinai to Wading River Land Use Plan was initiated in late-2009 by Councilwoman Jane Bonner, and covers a 10.5 mile stretch that travels through Mount Sinai, Miller Place, Sound Beach, Rocky Point, Shoreham and Wading River along the North Shore of Long Island.
“Adopting these amendments was vital to the future success of the Route 25A Draft Land Use Plan and it will encourage the kind of economic growth that we envision while at the same time preserving the rural character of the North Shore communities,” Councilwoman Bonner said.  “Informed community input helped ensure that the land use in this corridor will reflect the local vision and wishes for each hamlet – ensuring the preservation of the community character of each of the hamlets.”
The term Hamlet Center Overlay has been redefined in order to preserve aesthetic characteristics of the various hamlet centers by restricting the size of large retail centers along Route 25A.  The new definition will also strengthen the attractiveness of the corridor by promoting improved signage, architectural designs, streetscapes, public spaces and landscaping.
Among the changes the new plans brings, considerations of how to define J2 (neighborhood businesses) and J6 (main street businesses) were made in order to encourage growth of local businesses while preventing the spread of large, box-store chains.  The new definition of J Business 2 within the Route 25a Hamlet Center Overlay District will limit the size of commercial structures to 75,000 square feet.  The limitation is also expected to mitigate traffic as well as noise, air and light pollution.
Another measure included in the amendments will help preserve existing farmland.  The Planned Conservation Overlay District is expected to encourage responsible conservation of farmland and other open spaces of at least 35 acres.  The measure permits detached or attached single family homes on smaller lot sizes in order to preserve at least 70 percent of the property.  The rural nature of transition areas are also protected from future suburban sprawl and commercial development.
“Retail sprawl has had a detrimental affect on our downtown business districts and this plan will help to reverse that trend while at the same time focus on environmental issues such as land conservation,” Town Supervisor Ed Romaine said of the new plans.
Share your thoughts on this article by posting a comment below or by visiting our Long Island Living discussion forum.