Brookhaven Town Supervisor Edward Romaine reported that the county will be conducting 24-hour air quality monitoring at the Brookhaven Landfill where debris materials from Superstorm Sandy are being burned.

Brookhaven residents are concerned about air quality due to the burning of vegetative debris from Superstorm Sandy at the Brookhaven Landfill.  Odor and ash in the immediate area led Supervisor Edward Romaine to request an analysis of the impacts of burning these material on the health of local residents from the Suffolk County Department of Fire Rescue and Emergency Services. 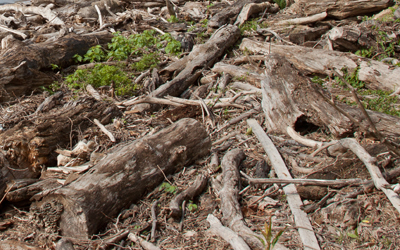 In a letter to Commissioner Joseph Williams, Romaine wrote: “While the Town of Brookhaven has permission to burn the vegetative debris until February 12, 2013, the questions raised compel me to ask you to give your assurances of the technology involved; specifically, that the four operating fire boxes do not post a health risk to those in the surrounding communities.”
On Oct. 31, the Town of Brookhaven agreed to requests from the Suffolk County Office of Emergency Management to use three air curtain fire boxes provided by the New York State Department of Environmental Conservation and FEMA in order to tackle the overwhelming volume of debris caused by Superstorm Sandy.
The NYSDEC notified the town at that time that they would “limit their discretion in regard to the State Air Regulations and Environmental Quality Law” until mid-February next year so that the town could use the fire boxes for their intended purpose.
Commission Williams informed Romaine that the county will be monitoring air quality at the landfill 24 hours a day, gathering data that will be analyzed by experts and made available to the town.  “I am pleased to advise you that the County of Suffolk has already begun facilitating the placement of monitoring equipment that conforms to the specifications provided by the New York State Department of Environmental Conservation and will begin such operations as soon as possible,” Commission Williams wrote.
Debris clearance and disposal has proved to be the largest obstacle in recovering from the storm.  Nassau County received $16 million in FEMA reimbursements on Sunday, along with $24 million for the City of Long Beach to cover the costs of debris removal.
Share your thoughts on this article by posting a comment below or by visiting our Long Island Living discussion forum.