Between 15-20 vehicles were involved in a crash near Exit 68 that has resulted in at least one fatality.

Police closed the Long Island Expressway in Shirley between Exits 67 and 69 due to a fiery accident involving 15-20 cars and buses that has resulted in at least one fatality. 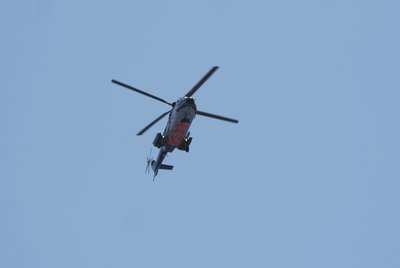 The accident occurred at 2:38 p.m. on Wednesday near Exit 68 for the William Floyd Parkway.  A tractor trailer, which was reportedly the cause of the accident, was among the vehicles that caught fire in the crash.

According to a CBS News report, at least nine people suffered minor injuries, and three other drivers suffered more major injuries, including broken legs.  All twelve of those injured were taken to Peconic Bay Medical Center.  At least two had more life-threatening injuries and had to be airlifted to Stony Brook Medical Center.

The first information being released as to the cause of the accident points to the tractor trailer.  CBS reports that the driver of the eastbound tractor trailer that was filled with mulch and woodchips failed to stop when the three lanes of traffic on the LIE merged into one near Exit 68.  The tractor trailer then plowed into over a dozen cars that had slowed down at the site.

The roadway is expected to be closed for hours while police investigate the accident.