Officer Joseph Olivieri, 43, was struck and killed while assisting passengers in vehicles that had just had an accident on the Long Island Expressway early Thursday morning. 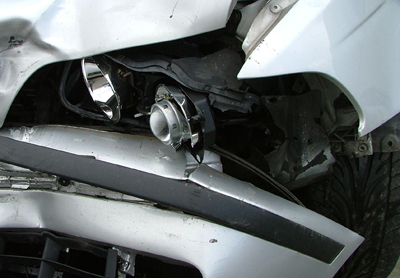 Olivieri had stopped and exited his vehicle near exit 34 in order to assist passengers in cars that had just crashed at approximately 4:58 a.m.  A Toyota Camry, which had just fled the scene of another accident with a BMW near the overpass for New Hyde Park Road, continued to drive eastbound in the left lane, where it struck a Honda Civic.
Officer Olivieri, who had positioned his vehicle in the eastbound lane, put on his lights before he exited his vehicle, according to Det. Lt. John Azzata.  While assisting the driver of the Camry, Oliveri was struck by another vehicle, a Cadillac Escalade, that had swerved to avoid colliding with other vehicles that had stopped on the highway.
Although Olivieri was able to radio for help, he ultimately succumbed to his injuries at North Shore University Hospital.
No charges have been made, but Azzata said the investigation is continuing into the cause of the multiple accidents, including possible drug and alcohol use, and Officer Olivieri’s death.
Oliveri leaves behind his wife and two children.
Share your thoughts on this article by posting your comment below or visiting our Long Island Living discussion forum.