Sheriffs Return to LIE to Patrol in Tentative Deal with Bellone

Deputy sheriffs will be handing over patrol duties of the Long Island Expressway and Sunrise Highway to county police in return for compensation, according to a tentative agreement. 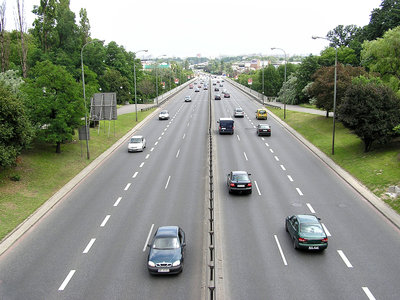 Deputy sheriffs will be returning the patrol of the Long Island Expressway and Sunrise Highway to county police in a tentative deal reached by Suffolk County Executive Steve Bellone’s administration.

The LIE and Sunrise Highway have been patrolled by deputy sheriffs since September 2008 when Steve Levy first took county police off the highways and instated the lower-paid sheriffs in an effort to cut spending.

Under Levy’s administration, the sheriffs were told that they were guaranteed to patrol the LIE and Sunrise Highway until 2017 if they deferred $4 million dollars in retroactive pay until 2015. This was considered a “job-protection” agreement, said Chief of Staff of the sheriff’s department Michael Sharkey.

In August, deputy sheriffs were made livid when Deputy County Executive Jon Schneider claimed that Bellone’s administration did not have to honor the contract made by the sheriffs and Levy’s office, as Levy left in 2011.

As part of the potential deal, each of the 260 deputy sheriffs will receive an increase of $2,100 per year in “line up” compensation, which will pay sheriffs for time deputies spend with their supervisors in meetings prior to the start of the deputies’ shifts.  Suffolk County will continue to defer the retroactive pay.

The traffic violations bureau was agreed on by the New York State Assembly and Senate in June, and officials predict the bureau to bring in a significant influx of revenue to the county.