Protests in Michigan over Right to Work Bill

A controversial "right-to-work" law is expected to be signed in Michigan this week. 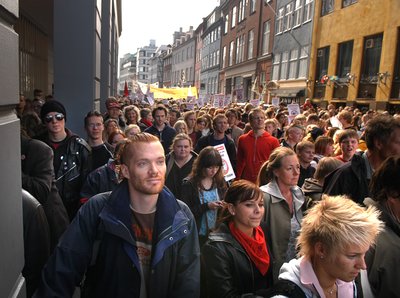 As a right-to-work law is expected to be signed in by Michigan Gov. Rick Snyder, thousands of protesters came together at the state capital in Lansing. Right-to-work legislation – which bans workers unions from requiring people to join them in order to be employed – has been opposed by many Democrats in Washington.

While Republicans claim that right-to-work laws create more opportunities for employees and promote the creation of jobs, Democrats say that it is a way to limit the power of unions.

Democrats met with Governor Snyder early this week in an attempt to persuade him to delay signing in the law until they had more public input. The bill was rushed through a lame-duck session of a Republican-controlled Legislature in Michigan, and protesters are not expecting a victory despite their opposition.

If the bill is passed, Democrats and unions will face an uphill battle in order to get it repealed. Michigan state law prohibits the repeal of spending laws through a referendum, and Republicans attached a $1 million appropriation to the law in order to help immunize it from repeal.

This is the latest in labor law-related protests throughout the Midwest. Ohio and Wisconsin both faced opposition to laws that limit collective-bargaining for public employees. While the law was passed through in Wisconsin, unions claimed victory by repealing it in Ohio. Indiana also passed a right-to-work law earlier this year, however it faced little opposition.

The right-to-work law would not affect police and firefighter’s unions.

Republicans lost five House seats in the recent election, however still have a majority of the seats in both the House and the Senate.  Currently, less than 20 percent of Michigan workers are part of labor unions, and Republicans expect that most voters will be focused on issues other than right-to-work laws. Democrats and unions, on the other hand, will not be so quick to give up their fight.