Brian Andreski receives his sentence for vehicular homicide as a result of boating while intoxicated. 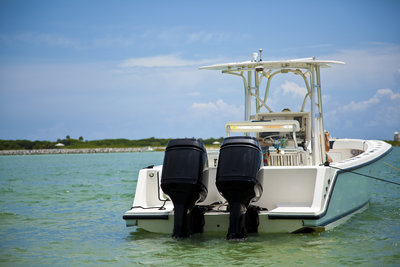 In an unprecedented case, a Dix Hills resident has pleaded guilty in New York’s first case of vehicular homicide resulting from a BWI – boating while intoxicated.

Brian Andreski was drunk behind the wheel of his Douglas Marine Skater speedboat when it launched into a fishing boat under the Robert Moses Causeway and killed Christopher Mannino of West Islip.  Mannino was on the rear deck of the fishing boat, where he had been on his way to a shark fishing tournament with his friend and the boat’s owner, Robert Leigh Jr.

Andreski admitted that when the crash occurred at 4:52 a.m. on June 23, he was heading home from a night of drinking “rocket fuel,” a cocktail made with 151 proof rum, and had also had eight Bud Light beers.  He collided with Leigh’s fishing boat at 60 to 80 mph.

Andreski pleaded guilty to aggravated vehicular homicide and second-degree manslaughter, and he was sentenced four to twelve years in prison as part of a plea deal.  The boater will also be mandated to be part of a public service announcement on the dangers of operating a boat while intoxicated.  The video will be shown to boaters at mandatory safety classes.

He was charged under the law typically used for cases of driving while intoxicated, as there had never been a case of an intoxicated boater leading to a death of another boater.

Andreski also pleaded guilty to fifth-degree criminal tax fraud, as it was revealed after the crash that he claimed he paid $700 for the boat, when he actually paid $19,500.

Suffolk District Attorney Thomas Spota is hoping that the case sheds light on the need for laws regarding boating while intoxicated, as cases of BWI have been steadily increasing over the years.