Obsessed "Walking Dead" fan shoots girlfriend in the back.

A Long Island woman is in stable condition after being shot with a .22-caliber rifle.  She suffered from a pierced lung, a pierced diaphragm and a shattered rib.  The unidentified woman was shot by her 26 year old boyfriend, Jared Gurman.  The unbelievable reason 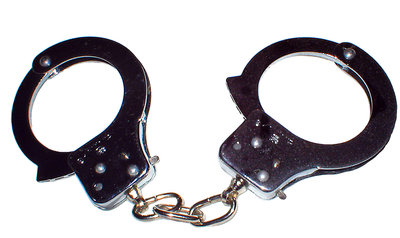 behind the shooting is the popular television series, “The Walking Dead.”

According to police, the shooting occurred early Monday morning at Gurman’s home in Williston Park.  The couple was out when they started to argue over “The Walking Dead,” a drama about a man who wakes up from a coma to realize the world has been taken over by zombies.  Gurman felt that a “military mishap” could happen on the show.  His girlfriend did not agree with him.

Detective Lt. Raymond Cote stated, “he felt very adamant that there could be military mishap that would result in some sort of virus being released that could cause a terrible thing to happen." Once the argument got heated, the woman told Gurman she did not want to spend the night with him and that she wanted to go home.

Authorities said that once she was home, Gurman continued to argue with her via text message. Apparently his messages became so “angry and bitter” that the woman felt the need to go to Gurman’s home to check on him.

When she approached his home, she was greeted at the door by Gurman holding his .22-caliber rifle.  Cote says, "She tried to defuse the situation, to calm him down.  She was walking up the stairs when Mr. Gurman raised the rifle, pointed it at her and fired one round into her back, causing serious injury."

Strangely enough, when the woman begged for help, Gurman brought her to the hospital to get treated.  At first, Gurman told authorities the shooting was an accident.  He later on admitted that it was not.

Gurman, who was “passionate” about weapons, had been dating his victim for about three and a half to four years,” says Cote.  He is being held without bail until his arraignment in Mineola.  The crazed “Walking Dead” fan is being charged with attempted murder.  Gurman’s lawyer has not returned any messages today.