At Least 5 Dead As A Result Of Powerful Snow Storm

Winter storm Nemo responsible for at least five deaths across the northeast. 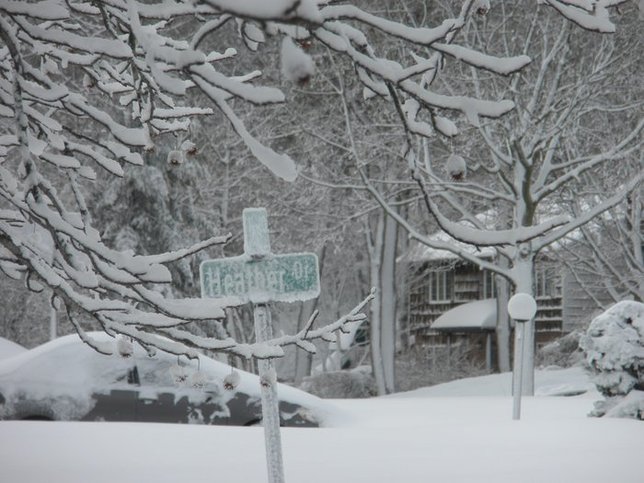 The massive snowstorm that blanketed the northeast has resulted in at l east five deaths. A 74-year old Poughkeepsie man was killed after an 18-year old driver lost control of her car due to the snow. Milford, Connecticut was pummeled with around 38 inches of snow, while other parts of the northeast received around a foot or two. Flooding has also been a major concern along the coast with two neighborhoods in Quincy, Mass. being evacuated due to the storm.

"I wasn't prepared. But was anybody prepared? The last two winters have been so mild," said NYC carpenter Kevin Byrne. "I've been meaning to buy a salt spreader all winter long, but I just kept putting it off."

Individuals are encouraged to take precautions if travelling is required, however; conventional wisdom dictates that one should stay indoors until the snow melts or is removed from motorways. Basic safety tips regarding the use of snow blowers include keeping one’s hands and fingers away from the moving parts of the blower, as well as monitoring one’s skin and body temperature for hypothermia. Avoiding travel is advised, however; stocking up on food, water and basic supplies is encouraged, so there’s a bit of disconnect there.

A majority of winter storm-related deaths are the direct result of exposure and dropping body temperatures. Over 75% of deaths related to winter storms involve males, as well.