Nancy Boland, a 57-year-old North Bellmore woman, accepted a plea deal on Wednesday morning in the stabbing death of her ex-husband in November 2011. 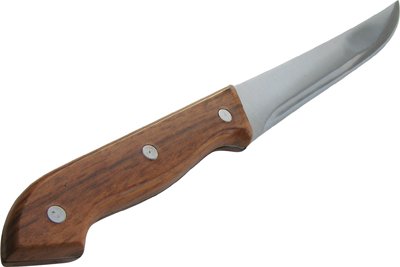 A North Bellmore woman pleaded guilty to manslaughter and other charges related to the stabbing death of her ex-husband in November 2011.

57-year-old Nancy Boland to all charges against her, including aggravated criminal assault, criminal contempt, criminal possession of a weapon and three counts of tampering with physical evidence.
According to the Nassau County DA’s office, Boland and her ex-husband, Walter Boland, 58, began arguing on the night of Nov. 16 in the apartment they shared on Waltoffer Avenue.  Boland claims that her ex-husband threatened her with a “sharp-bladed instrument” which she was able to take from him, and which she used to stab him once in the abdomen.  The knife penetrated Mr. Boland’s abdomen four inches in an upward angle.
Boland later told investigators that her ex-husband refused to go to the hospital, and he died later the next day.  Boland found him unresponsive when she returned home from work, but instead of calling for emergency medical attention, she dressed him and attempted to feed him before determining that he was, in fact, dead.
Her decisions become more troubling when she waited until dark to load his body into her mother’s Toyota Camry, and then dumped the body on the Wantaugh State Parkway bike path north of the Sunrise Highway.  Mr. Boland’s body was discovered by a jogger on the morning of Nov. 18.
To set family and friends off her trail, Boland told them her ex-husband had not returned after he stormed out of the apartment following the argument.  She also told family and friends she was worried the body found on the bike trail was her ex-husbands after it was found by the jogger.  She was arrested the following day.
“Nancy Boland’s conduct after the killing of her ex-husband proves that this was no accident and not self-defense,” District Attorney Kathleen Rice said. “She attempted to cover her tracks by lying to family and friends about her ex-husband’s whereabouts, and then dumped him on the side of the road like a piece of trash.”
Boland’s lawyer, David Besso, has said the plea deal is fair and reflects the judge’s understanding that Boland was victimized by her husband, and not an aggressor.
The DA’s office recommended a sentence of twelve years, but Boland accepted a plea deal of reducing her term to seven years.  She will be officially sentenced on March 15.
Share your thoughts on this article by posting a comment below or by visiting our Long Island Living discussion forum.