Where's All the Sandy-Made Garbage Going?

Sandy created a lot of wreckage along the shores on Long Island and New York City, that must be removed from homes and streets before large scale rebuilding can take place.

In the past three weeks, it’s been impossible to drive down any street in Long Beach, the Rockaways, Lindenhurst or Babylon and not see what appears to be the entire contents of homes -- furniture, clothing, carpets, drywall, even cars -- stacked in massive piles along the streets. 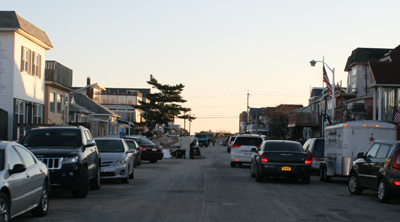 In order for large-scale rebuilding to set in motion, homes with flood damage must be stripped, soggy furniture must be disposed of, and houses must be cleared of all debris.  This sudden flux of garbage is one of the largest post-Sandy concerns faced by local governments.
According to the Associate Press, one such dumping ground for Sandy debris is Jacob Riis Park on the Rockaway shore is now home to a pile of garbage “at least two stories high and three quarters of a mile long.”
In Long Beach, crews have been working 16-hour shifts to shovel what has been estimated as hundreds of thousands cubic yards of sand that Sandy left on the city’s streets.  The sand and silt has been piled to a height of five stories.  And it’s not as easy as simply dumping it back on the shore.  It must first be tested for a variety of contaminants, including fuel oil.
Staten Island’s garbage has been loaded onto barges -- the same ones used to clear out lower Manhattan after the World Trade Center attacks -- and sent up the Hudson to a dump site outside of Seneca Falls.  Trash is also being taken to landfills in Pennsylvania.
New York City has had substantial assistance in clearing the roadsides of all this trash.  In addition to the city’s regular work force of 6,000 sanitation workers, thousands of private contractors have joined the effort, thanks to a $92 million FEMA contract administered by the Army Corps of Engineers.  Over 270,000 pounds of wreckage has been removed from New York City alone.
Share your thoughts on this article by posting your comment below or by visiting our Long Island Living discussion forum.