Superstorm Sandy devastated Fire Island communities, and especially the sand dunes which are now credited with sparing the island of Sandy's full potential.

Superstorm Sandy drastically changed the landscape of Fire Island, and raised questions concerning the future of the 17 communities that call the barrier island home. 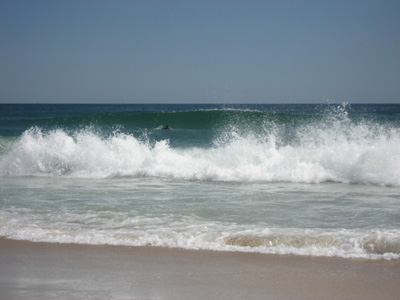 The devastation caused by Superstorm Sandy three weeks ago has spurred a conversation about where and how the process of rebuilding the South Shore will play out.  On Fire Island, about 200 homes were completely washed away, but the real brunt on the storm was dealt to the sand dunes, which are now being credited with minimizing the extent of structural damage.
The dunes, ranging from 10 to 20 feet, spared approximately 4,000 structures, many of which require some degree of repair, but the dunes themselves have been completely destroyed.  While the Army Corps of Engineers have already began the process of repairing the breaches at a cost of $7 million, some towns have already begun rebuilding the dunes that are an essential aspect of the narrow island’s protection from heavy winds and high tides.
Part of the building process includes packing sand into bags called "Geocubes," which are stacked into a wall where the dunes washed away.  The National Park Service will allow the dunes to rebuild themselves by natural processes and sand movement.  Chris Soller, Superintendent of Fire Island National Seashore, told the New York Times that not all of the dune system was destroyed, and the dune line was altered during the storm, but we utlimately “need to listen to nature.”
Who can rebuild on Fire Island’s residential areas will be determined by all jurisdictions of government, from federal to village/hamlet.  The Associated Press reports that an official in the Town of Brookhaven said that special variances could be issued to permit rebuilding in designated coastal erosion zones, despite past flooding and storm damage.
The unique landscape and culture of Fire Island, in which a short walk between the Atlantic Ocean and the Great South Bay once took you through several distinct successional ecosystems, and small maritime villages swell and shrink in population, attracts thousands of visitors each year between Memorial Day and Labor Day.
It’s likely that there will be some amount of federal relief funding to aid to rebuilding of the dunes and small communities.  Funding was allocated following Hurricane Katrina, and devastating tornadoes in the Mid-West.
Share your thoughts on this article by posting a comment below or by visiting our Long Island Living discussion forum.