LIPA announced its decision on Thursday to allow third-party solar leasing on Long Island, which makes the technology, and LIPA-offered incentives, available to many more homeowners.

LIPA announced on Thursday its support for third-party-owned solar systems on Long Island.  This decision will make solar energy an affordable option for many more Long Islanders.

Before this agreement, Long Island homeowners could only receive LIPA incentives if they purchased a home solar system that could cost in the thousands, making investing in solar energy financially impossible for most. 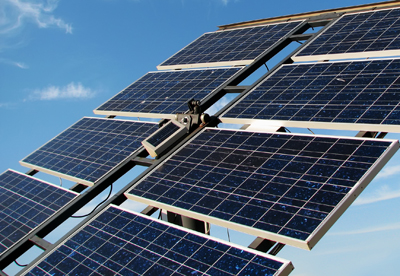 Third-party solar companies offer the opportunity for Long Islanders to install solar panels on their homes while avoiding upfront costs and maintenance.  The solar service provider owns and monitors the system for free, and the homeowner pays a low rate for the power.
"LIPA's decision supports consumer choice, makes solar more attainable for families of all incomes and demonstrates a strong commitment to job creation," said Lynn Jurich, co-CEO of Sunrun, the nation’s largest third-party solar company in a statement.  Sunrun operates in ten states, including up-state New York since late last year.
A major driving force behind the decision is Gov. Cuomo’s NY-Sun Initiative, a public-private partnership designed to promote growth in New York’s solar industry and reduce the cost of investing in solar.  The initiative's goal is to install twice the solar capacity added last year and quadruple the figure in 2013.
"This opportunity helps further Governor Cuomo's clean energy goals for New York while benefiting the local economy," said Jurich of Sunrun.  According to Evan Dube, Sunrun’s Director of Government Affairs, since it’s introduction in 2007, California, for instance, has seen $1 billion in economic development related to solar service.  Dube offered the first of the year as a cautious estimate for when homeowners will be able to seek solar leases through Sunrun on Long Island.
LIPA encourages a handful of green energy development on Long Island, including wind and solar systems for both residential and commercial structures.
Share your thoughts on this article by posting your comment below or visiting our Long Island Living discussion forum.