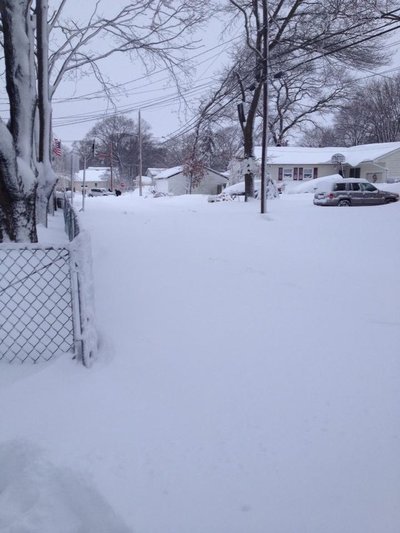 While residents struggled under the weight of record snowfalls during last week’s blizzard and many of them remained trapped in their homes for days because snow plows never cleared their streets, Brookhaven’s top highway official was out of town.

Town officials reported that Murphy called out sick because of a tooth ache or a possible root canal.

“…I had a family emergency, and I apologize. In the interim I have two people that are directly under me, and I was in constant contact with them all the time,” Murphy said.

Panico said the depth of the snow overwhelmed town plowing operations across Suffolk and that work was delayed until heavy equipment could be brought in from other areas.

“When it was apparent, immediately, that they did not have the right equipment in, I marshaled the resources from Nassau County, from New York City’s Sanitation Department, big plows and heavy equipment from Utica, Albany…,” Panico said.

Democratic sources said that Murphy lacked the experience necessary for the job and that he was only temporarily appointed to the position as a political favor to republicans. However, Republicans deny that.

Despite the resignation, town officials said Murphy, who has led the highway department since last December, will remain on the Town’s payroll with a salary of around $100,000.

Town Supervisor Ed Romaine was also not here during the storm.  He was on vacation in Jamaica. Romaine's office said his trip to Jamaica was planned well in advance of the storm.

“Our town supervisor was in the Caribbean and our acting superintendent of highways was out with a toothache or something,” said Brookhaven Town Councilman Steve Fiore-Rosenfeld. “I mean, how crazy is that, during the blizzard?”

Fiore-Rosenfeld said the slow response could have cost residents their lives. “I had people in Stony Brook who had heart attacks. They had to put them on stretchers and literally sled them down the driveway and down the block because of a lack of executive leadership,” he said.

Panico, who defended both his work and Romaine, said Romaine had been in constant contact with him throughout the storm and afterward. "Anyone who knows Ed knows his record of public service is stellar," Panico said.

What’s your opinion? Add your comments below or on our Long Island Living Forum.