An audit of SUNY's Research Foundation, initiated last May when it was discovered that political appointments had been made for no-show positions, has revealed the extent of the misspent public funding.

Following an investigation that began last May when it was revealed that the SUNY Research Foundation President John J. O’Connor allowed the daughter of Sen. Joseph Bruno to be paid for what is now being called a no-show job at the foundation.  Susan Bruno was paid between $70,000 and $84,000 during the six years she was employed at the Foundation, though she rarely came into the office or did any work related to her position. 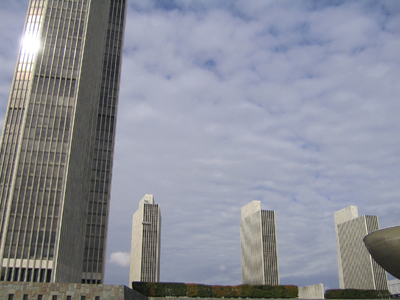 O’Connor was fired, but an investigation by Comptroller Thomas DiNapoli continued to reveal other egregious misuse of public funds.
An audit from the comptroller’s office shows that the Research Foundation misused hundreds of thousands of dollars.  Among the complaints listed in the audit, SUNY Chancellor Nancy Zimpher used her account at the Foundation to charge $28,000 in personal expenses.
In what is perhaps the most alarming misuse of Foundation funds was committed by its faculty, Edgar H. Turkle, who served as the business manager of the Research Foundation at Buffalo State College, used his foundation credit card to charge over $130,000 in non-work related expenses.  Turkle even used the account to pay for a four-day trip to Bangkok, including upgraded airfare, as well as season tickets for the Buffalo Sabres.
Among the numerous conflicts of interest and sole-source contracts, former Foundation lawyer Sherry Holland was paid $655,356, despite only working for 11 months before being fired.  She received a $100,000 signing bonus, and the Foundation bought a $40,000 vehicle for her use in 2012.  The audit shows that no less than $3 million was spent on 10 contracts that violated Foundation policy or demonstrated a conflict of interest.
The audit is investigating the Foundations finances from July of 2008 to January of 2010.  Timothy Killeen has been hired as the new Foundation president, and will be working to impose stronger controls.
Share your thoughts on this article by posting your comment below or visiting our Long Island Living discussion forum.