Officer Larry DePrimo becomes an icon of goodwill after being photographed giving a pair of boots and socks to a barefoot homeless man in New York City. 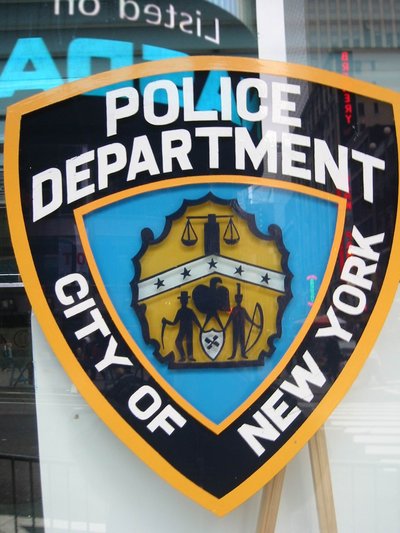 A photo gone viral has affirmed the belief of many that there are still good spirited people – even in a place as famously cold as New York City.

Thanks to an appreciative tourist, Holbrook resident and NYPD officer Larry DePrimo has received plenty of media attention, and has spoken on multiple cable networks about his act of kindness

On November 14, Jennifer Foster of Florence, Arizona captured the scene on her cellphone when she saw the officer give a barefoot homeless man a pair of all-weather boots and thermal socks.

When DePrimo first encountered the man on that cold night near Times Square, DePrimo offered the man socks, but he declined.  DePrimo then went into a nearby Sketchers store and purchased a $100 pair of all-weather boots.  When he told the cashier who the boots were for, the cashier gave DePrimo the employee discount and sold him the boots and socks for $75.  The officer then brought the boots to the homeless man and helped him put on the socks and shoes.

"I have these size 12 boots for you, they are all-weather,” said DePrimo according to Foster. “Let's put them on and take care of you.”

Foster posted the photo of DePrimo with the homeless man on the NYPD Facebook page, where as of Friday evening, it garnered over 550,000 “likes.”

Foster wrote on Facebook, “His presentation of human kindness has not been lost on myself or any of the Arizona law enforcement officials with whom this story has been shared.”

DePrimo has modestly accepted the attention, though he reminds others that New York City police officers carry out generous acts every day.  He is part of the sixth precinct and has three years of experience on the force.

The officer now keeps the receipt from the boots in his bulletproof vest as a reminder that there are always others who are less fortunate.