ASPCA Concerned Over Impact of Government Shutdown on Animal Welfare

Animal rights advocates worried about lack of inspections and regulation. 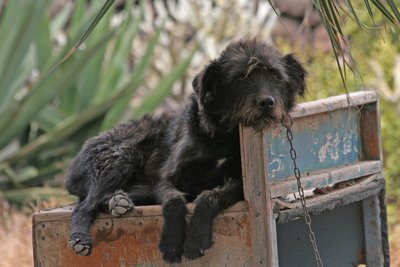 The American Society for the Prevention of Cruelty to Animals (ASPCA) is concerned that the lack of government regulation over puppy mills and other animal welfare centers and departments may lead to an increase in animal cruelty.

According to the ASPCA, the United States Department of Agriculture (USDA) is not able to perform all of its duties under the Animal Welfare Act (AWA). This includes puppy mill inspections, zoo, circus and hunting regulations among other things.

“With limited resources and less-than-vigorous enforcement under ordinary circumstances, we know that the shutdown is a terrible blow to dogs in puppy mills,” said Cori Menkin, Senior Director, ASPCA Puppy Mills Campaign. “Think of the mills that were scheduled for a follow-up inspection today to make sure serious issues had been resolved.”

However, puppies are not the only animals being affected. The USDA’s Animal and Plant Health Inspection Service – a department that enforces the Horse Protection Act – is not able to do its duty of preventing abuse towards horses.

Additionally, the Food Safety and Inspection Service will not be able to uphold the Humane Methods of Slaughter Act during the government shutdown. This act helps to ensure that all animals bred for meat production are slaughtered in a humane fashion.

All National Wildlife Refuges are also currently shutdown. All hunting and trapping on these lands is prohibited during the shutdown. Federal law enforcement will be patrolling these areas for illegal hunting.

The AWA also enforces standards for care of animals being used in laboratories. Labs using these animals are still being maintained by employees, but there is no one there to make sure they are meeting the required ethical treatments set by this act.

While the government shutdown continues, oversight of animal welfare will continue to suffer. With over 800,000 people out of work due to the shutdown, the ASPCA said that we still cannot overlook the effect it is having on our nation's animals.