Bethpage Federal Credit Union and the New York State Office of Parks, Recreation and Historic Preservation, are pleased to announce the launch of the Bethpage Virtual Air Show. 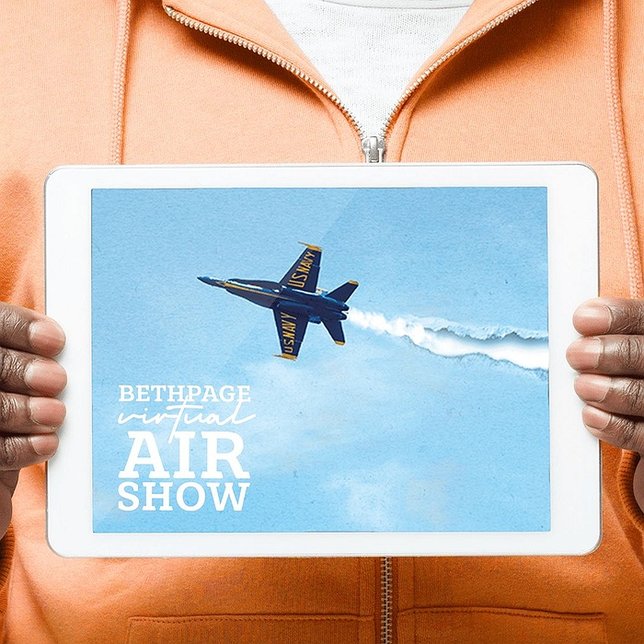 Bethpage Federal Credit Union and the New York State Office of Parks, Recreation and Historic Preservation, are pleased to announce the launch of the Bethpage Virtual Air Show. Taking place throughout the months of May and June, the virtual experience is being organized to offer Bethpage Air Show fans entertaining and exciting activities to participate in online, following this year’s show cancellation.

“We can never replace the Bethpage Air Show and of course, are still saddened to know that our hundreds of thousands of fans won’t be with us on-site at Jones Beach this year,” said Linda Armyn, Senior Vice President, Bethpage. “However, we are thrilled to have the opportunity to now connect our fans with show performers and organizers in a special way.  Many of the pilots have been asking how their New York area fans are doing and this effort now gives them a chance to share their well wishes, and share videos from some of their favorite previous performances.”

“We want to thank Bethpage Federal Credit Union for organizing the Bethpage Virtual Air Show Experience including the new online events and activities associated with this year’s show. We would also like to thank the air show community for coming together to bring a new type of show this year to our fans,” said George Gorman, Regional Director of The New York State Office of Parks, Recreation and Historic Preservation. “We are all experiencing some changes in our lives right now, but virtual events like this allow us to remain connected in a meaningful way. I know our fans will enjoy this special show. We also ask our fans to continue to support all of the healthcare workers and essential employees who are on the front lines, helping to fight COVID-19.”

The Bethpage Air Show Fan Photo Album – Fans can submit photos of themselves attending previous Bethpage Air Shows, which will then be uploaded to an online photo album for all to enjoy. To submit your photo, go to www.bethpageairshow.com for details.  Submissions will be accepted from May 8 through May 22. Bethpage will update the Fan Photo Album every Friday.

Come and meet the many behind the scenes volunteers who donate their time yearly to produce what has grown to become one of the largest public events in New York State!  These volunteers will share some of their personal, behind-the-scenes photos and offer personalized video messages to fans as well. Go to www.bethpageairshow.com for details on what time the montage will go live on May 23.

Fans this year can view the Bethpage Virtual Air Show right from the comfort of their own homes!  Sit back, grab a bowl of popcorn, and watch your favorite pilots do what they do best – perform exciting maneuvers, climb through the sky, tumble and turn, and demonstrate why they are the best at what do they!  The Air Show Director will welcome fans to the show and introduce the show’s Air Show Boss, Wayne Boggs, and Air Show Announcer, Rob Reider. Performers and pilots will also share specially-recorded messages with fans and footage from some of their favorite air show performances. The Bethpage Virtual Air Show will take place Memorial Day Weekend, on May 24.  Please visit www.bethpageairshow.com for the time of day and details.

Are you a big fan of the U.S. Navy Blue Angels? We are searching for the Bethpage Air Show’s biggest Blue Angels fan.  Enter our sweepstakes by sharing details on why you are the biggest fan of the U.S. Navy Blue Angels and your name will be entered into a drawing to win a personalized video message from a Blue Angel Pilot!  Fans will be able to enter from June 1 through June 12.  A winner will be announced on June 19.  If you would like to participate, visit our website at www.bethpageairshow.com for details.

Win tickets to view the 2021 Bethpage Air Show from Bethpage Federal Credit Union’s VIP tent by visiting us on Facebook, where you can participate in trivia and photo hunt contests for a chance to win. Follow us at Facebook.com/BethpageAirShow.

Previously scheduled to take place Memorial Day weekend, Saturday, May 23, 2020 and Sunday, May 24, 2020, the United States Navy Blue Angels were set to headline the 17th annual Bethpage Air Show at Jones Beach.  This would have been the coveted jet team’s 9th appearance as show headliners. During the squadron’s most recent headlining appearance in 2018, over 367,000 attended the show at Jones Beach State Park.