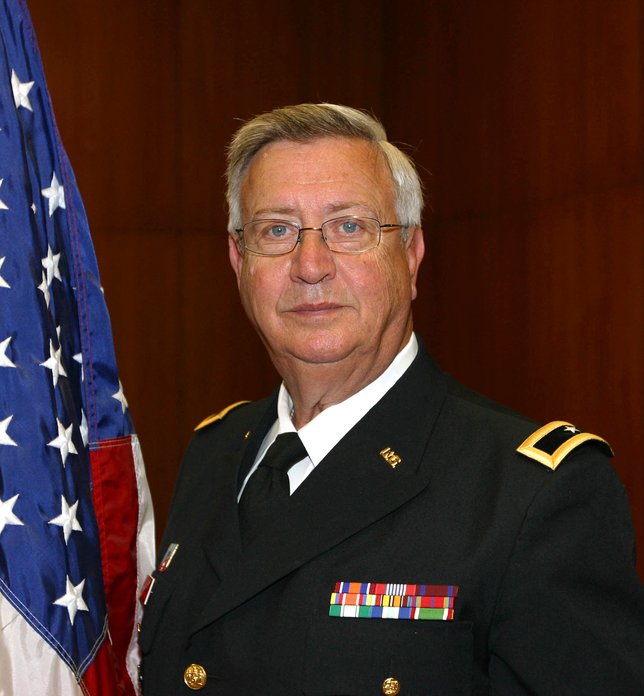 Albany, NY - July 24, 2014 - Governor Andrew M. Cuomo announced today that Stephen A. Bucaria has been named commander of the New York Guard, the state’s volunteer defense force. Bucaria is a sitting New York State Supreme Court Judge and Long Island resident. He is also a Brigadier General in the New York Guard and has served in the state force since 1996.

“Stephen Bucaria has served the people of New York selflessly both as a Supreme Court Judge and a member of the New York Guard,” Governor Cuomo said. “I am confident that he will continue this great work as commander of this group of dedicated volunteers.”

The New York Guard supports the New York National Guard during state emergencies, and Bucaria participated in the state response to the attacks on the World Trade Center of Sept. 11, 2001. New York Guard members train in an unpaid status and are only paid while on State Active Duty during disasters. New York Guard members are often specialists in law or medicine or retired military personnel. They are not members of a federal military reserve force like the Army or Air National Guard but are considered part of New York’s state military forces who take their orders from the governor.

Members of the New York Guard have been serving New Yorkers since World War I, when the state-only militia force was created to replace the New York National Guard when it was sent to France.

Bucaria has served as the commander of the New York Guard’s 13th Regiment, where he helped in the National Guard deployment of more than 2,500 Soldiers and Airmen following the attacks of Sept. 11, 2001. His team assisted Guard Soldiers at armories across New York City as they worked with police, firefighters and other emergency responders.

As commander of the 13th Regiment, Bucaria and other New York Guard lawyers assisted in the mobilization of New York Army National Guard Soldiers who were deployed around the United States on security missions and overseas to Afghanistan and then Iraq. New York Guard personnel helped draft Soldiers’ wills and assisted in administering operations.

Bucaria holds a law degree from Hofstra University, masters in criminal justice from SUNY Albany and a bachelor’s degree from Fairfield University. He has served as a Supreme Court judge since 1995 and prior to that was a Nassau County District Court Judge. Bucaria has served as an Adjunct Professor at Long Island University at C.W. Post at the graduate level, and he has taught at the University of Alberta in Edmonton, Canada, and at SUNY Farmingdale. He is a former president of the Catholic Lawyers Guild of Rockville Centre and a current member of Colombian Lawyers, Friendly Sons of Saint Patrick, and Irish in Government. Bucaria also is a member of the American College of Business Court Judges.