It will be downhill from here for Brookhaven Bicycle Inc.’s expansion into eastern Long Island following the approval of an agreement allowing the not-for-profit organization use of two Suffolk County facilities within Robert Cushman Murphy ... 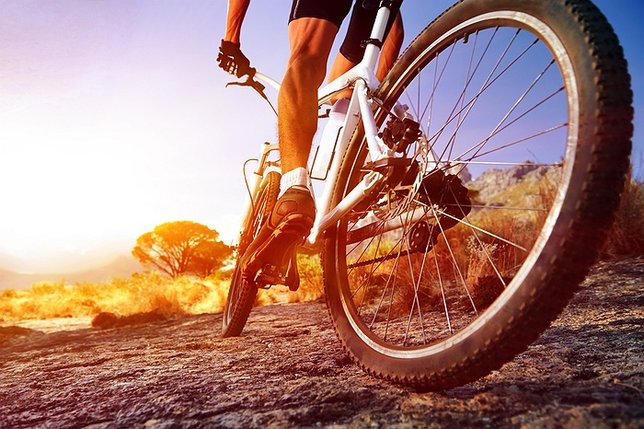 Under terms of the agreement negotiated between Brookhaven Bicycle Inc. and the County, the organization will use the Raymond P. Corwin Pine Barrens Trail Center and former Methodist Church of Manorville building within Robert Cushman Murphy County Park to operate a bicycle repair facility and bicycle distribution center for people in need of transportation as well as offering bicycle educational programs to public.

Brookhaven Bicycle Inc., also known as the Brookhaven Bicycle Co-op, is a Saint James based volunteer organization that offers the public free and low cost access to transportation options by repairing and repurposing unwanted bicycles for people in need. The organization also provides repair services and cycling safety classes for the public. In exchange for use of the facilities, Brookhaven Bicycle will act as custodian of the Raymond P. Corwin Pine Barrens Trail Center by repairing and maintaining the building and providing trail maps and information to the public. At the former Manorville church site, the Co-op will renovate, restore and maintain the building that will serve as a center for bicycle repairs, safety classes bicycle storage, and provide public access to the historic building.

Last summer, the organization that began in 2019, began planning an expansion eastward to be in closer proximity of the communities it serves and to the park trails that many of our region’s cyclists use.

“When I learned the bicycle co-op needed assistance peddling eastward, I knew Suffolk County could be a perfect partner in this goal,” said Deputy Presiding Officer Kara Hahn, Chairwoman of the Legislature’s Environment, Parks & Agriculture Committee and co-sponsor of the bill authorizing its lease agreement for use of facilities within Robert Cushman Murphy County Park. “By putting Brookhaven Bicycle Inc. together with the County Parks Department we are able to put the expansion of bicycling services on the east end into high gear and accelerate this organization’s mission to alleviate transportation struggles and promote bicycles across our region.

County Executive Steve Bellone is expected to sign the legislation authorizing Brookhaven Bicycle’s lease agreement within the next two weeks.

“We are excited to partner with Suffolk County in this expansion of the bike co-op and its mission. This new space from the County multiplies any good we can do,” said Brookhaven Bicycle Co-op founder Greg Ferguson. “Legislator Hahn has been amazingly supportive of the Bike co-op. Her tremendous commitment to helping the community is humbling and we are very grateful for all of her help.”

“I was pleased to support this Legislation, which allows a responsible party to utilize and help maintain the Pine Barrens Trail Center and the Methodist Church of Manorville, which in recent times, have been underutilized. This agreement will benefit not only the county and the group taking on the responsibility, Brookhaven Bicycle, but the residents of Suffolk County as well,” said Legislature Al Krupski, whose district is home to both structures. “I believe having a consistent presence at trail center, and at the church, will encourage more people to hike this wonderful park.”

According to Department of Parks, Recreation and Conservation Commissioner Jason Smagin, “Suffolk County Parks is looking forward to the partnership with the Brookhaven Bicycle Co-op and are happy that we were able to offer such wonderful locations for this organizations continued mission.”

Located within the Long Island Pine Barren region and the Peconic River Wastershed, Robert Cushman Murphy County Park is a 2,200-acre preserve that offers boating, hiking and other recreational activities. Within the park is the “Raymond P. Corwin Pine Barrens Trail Center” and the Methodist Church of Manorville building that was added to the park’s footprint in 2010.