Board of Regents Chancellor Merryl H. Tisch and State Education Commissioner John B. King, Jr. announced today that Socioeconomic Integration Pilot Program grants of up to $1.25 million each will be used to increase student ... 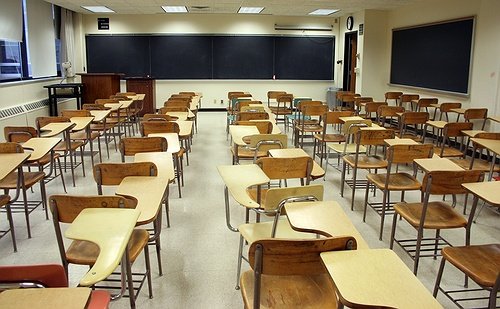 Long Island, NY - December 31, 2014 - Board of Regents Chancellor Merryl H. Tisch and State Education Commissioner John B. King, Jr. announced today that Socioeconomic Integration Pilot Program grants of up to $1.25 million each will be used to increase student achievement in up to 25 of the state’s low-performing Priority and Focus Schools.  The grants will support programs that will increase greater socio-economic integration.

“Sixty years after the Supreme Court’s decision in Brown vs. Board of Education, far too many of our students remain trapped in lower-performing schools as a result of their socioeconomic status,” said Tisch. “The Court in Brown found that ‘separate educational facilities are inherently unequal’ – yet more than half a century later, we still see tremendous disparities in our schools along socioeconomic lines. New York will reach its full potential only when all students have equal access to exceptional schools.”

“Diverse schools create important educational opportunities,” King said.  “They offer all children the opportunity to develop the kind of critical-thinking skills that come from the perspectives expressed by students from different backgrounds.  These grants will help reduce socioeconomic isolation in New York’s schools by giving districts support to pilot innovative programs to increase school diversity while improving student achievement.  The world is a diverse place; our students shouldn’t be isolated because they come from struggling neighborhoods.”

A district may apply for grant funds to implement one of several models intended to increase the achievement of low socioeconomic status (SES) students and attract higher SES students; models include providing school choice within the district and encouraging students from other school districts to voluntarily enroll in the Focus or Priority School, based on inter-district choice agreements. Program design may include, but is not limited, to:

Districts must submit applications to the Department by February 13, 2015, with districts having the option to begin program implementation in either the 2015-16 or 2016-17 school year.

"We are extremely pleased to see the State Education Department addressing the issue of school diversity proactively,” said David Tipson, director of New York Appleseed, which advocates for school diversity in New York City public schools.  “This is exactly the kind of leadership for the 21st century that is needed at all levels of government."

All districts that successfully complete the application process for their eligible schools will be funded.  The full grant description and application forms can be found at:  http://www.p12.nysed.gov/funding/currentapps.html.   For specific questions about the program, districts can e-mail SIGA@nysed.gov (link sends e-mail).

Following is the list of districts eligible to apply for the grant.