New York becomes the first state in the nation to have a Pay for Success program to train and employ formerly incarcerated individuals. 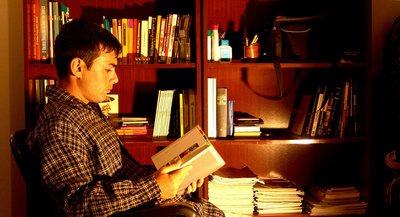 Governor Cuomo announced Tuesday that New York will take the lead in the nation with the launch of the state-run Pay for Success project that will provide training and employment opportunities for ex-convicts.

The project will start by offering assistance to 2,000 formerly incarcerated individuals this month, and is being funded by private sector and foundation investors.  The investors raised over $13.5 million in less than 6 weeks to support the project, which is also known as a Social Impact Bond.

A Social Impact Bond is a contract between the government and an intermediary organization in which the State sets objectives and the intermediary organization raises operating funds from private and philanthropic investors for the program to use to achieve those objectives.  According to Cuomo’s administration, the State will pay investors based on the program’s success in increasing employment and reducing recidivism, and “even at the greatest level of success, the State’s savings will exceed the amount the State pays to investors.”  New York State taxpayers will also save money through the Social Impact Bonds.

“This project is a win-win for our state, facilitating the reentry process of individuals into the community by boosting employment opportunities and thereby reducing recidivism rates, but requiring payment for services only if these goals are met,” said Cuomo in a press release.  “By assisting these individuals, who are often at risk of becoming repeat offenders, to become productive members of society, we can make New York’s communities safer and more prosperous for years to come.”

The first round of ex-convicts who will be assisted are at a high risk of reoffending, but will be immediately connected with intensive employment training courses and job placement services once they leave prison.  The 2,000 individuals will be able to receive this assistance from the non-profit Center for Employment Opportunities’ Rochester and New York City locations for the next four years.

The success of the program will be measured by incidence of recidivism (if the person is sent back to prison) and employment.  Cuomo’s administration says that for investors to make back the money that they invest, the project must reduce recidivism by at least 8 percent and/or increase employment by at least 5 percentage points.

“If the project achieves all performance measures, the public sector will realize $7.8 million in savings,” said Cuomo.

Chesapeake Research Associates is serving as the independent validator for the project, and Social Finance, Inc. will serve as the intermediary organization, which has thus far brought in investments of  $13.2 million from Bank of America Merill Lynch investors,  $1.3 million from the Rockefeller Foundation, and $300,000 from the Robin Hood Foundation.