The grant will supply law enforcement agencies without the means to record interrogations to now have recording devices installed. 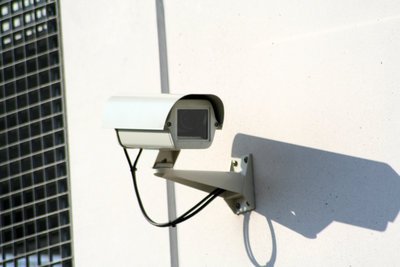 Governor Andrew Cuomo announced Monday law enforcement agencies will be receiving $1 million in funding for recording devices in interrogation rooms. 345 law enforcement agencies in 58 of the state’s 62 counties tape their interrogations so the grants will allow any police department or sheriff’s office who hasn’t already installed these devices to now have a visual element.

“Fairness and integrity form the foundation of our justice system, and New York State is committed to providing local law enforcement with the resources necessary to improve the effectiveness of the process,” Governor Cuomo said. “Wrongful convictions not only harm the innocent, but they allow the actual perpetrators of crime to remain free. The new equipment that will result from this funding will improve the strength of New York’s criminal justice system, making all New Yorkers safer as a result.”

District Attorneys will work with the police to come up with recording protocols which will determine what crimes are to be taped. Any left over money will go to law enforcement agencies implementing the recommendations of the New York State Justice Task Force to study causes of wrongful convictions and take the proper measures in preventing any future mishaps.

Manhattan District Attorney Cyrus R. Vance Jr., who is also president of the District Attorneys’ Association, says of the funding, “Recording police interrogations in the most serious criminal cases is an extremely valuable tool for law enforcement and is supported by district attorneys across the state. By allowing prosecutors to know exactly what the defendants say during interrogations, video recordings help us to convict the guilty and better evaluate claims of involuntary confessions. Expansion of this program has been limited by budgetary constraints, so we are grateful to Governor Cuomo for this important funding, as well as for his continuing commitment to keeping New Yorkers safe.”

The recording devices are a measure being taken by New York State to prevent wrongful convictions, cut down on false allegations, and also protect suspects during questioning. Cameras would have been helpful in the case of Chris Loeb against Suffolk Police Chief James Burke.

In this case Chief Burke allegedly asked a group of officers to clear an interrogation room so he could attack Loeb in private. That was said to be Loeb’s second attack at the hands of the police chief. The first came earlier that night when Burke entered Loeb's Smithtown home and assaulted him there for breaking in to his car. The police chief denies the allegations.