Enjoy the weekend on Long Island with loads of theater performances to select from. 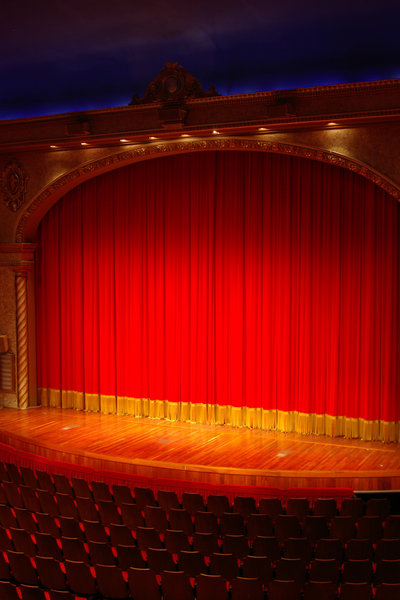 Looking for theater performances offering interesting storylines? Long Island has it for you. On Friday, there’s Shirley Valentine playing at Broad Hollow Theater and Signed, Sealed, Delivered at Holy Trinity High School. If you’re looking for comedy, Tracy Morgan who stars in “30 Rock” is performing at Governor’s of Levittown. On Saturday, Legally Blonde The Musical, Disney’s Beauty and the Beast and Doubt: A Parable are playing. On Sunday, Grace & Glorie plays at BroadHollow Theatre at Elmont and Entering Laughter plays at Star Playhouse at Suffolk Y JCC. There’s also a performance by Queen Extravaganza, the Queen tribute show at The Paramount. Check out the details below!

Who: Shirley Valentine At Broad Hollow Theater
Info: Playing through January 20, Shirley Valentine tells the story of a girl looking to escape the life she has now. She goes on an adventure of a lifetime while committing anarchy. It’s an inspiring and heartwarming production to enjoy.
Cost: $14 to $25
Time & Place: 8PM at Broad Hollow Theater, 265 East Main Street, East Islip – (631) 581-2700

Who: Tracy Morgan Performing At Governor’s of Levittown
Info: It’s a special night of comedy tonight with Tracy Morgan. Morgan currently stars on NBC’s Emmy and Golden Globe Award-winning show “30 Rock.” Purchase tickets in advance. There is a two beverage per person minimum at each table.
Cost: $45 to $75
Time & Place: 8PM, 10:30PM at Governor’s of Levittown, 90 Division Avenue, Levittown – (516) 731-3358

Who: Legally Blonde The Musical At CM Performing Arts Center
Info: Playing through February 3, Legally Blonde The Musical tells the story of a blonde sorority queen jumping into law school in pursuit of her ex-boyfriend who dumped her. Along the way, she learns to be more legally savvy than she could ever imagine.
Cost: $22 For Adults; $20 For Seniors; and $16 For Students
Time & Place: 8PM at CM Performing Arts Center, 931 Montauk Highway, Oakdale – (631) 218-2812

Who: Disney’s Beauty And The Beast At Cultural Arts Playhouse
Info: The production is based on a 1991 Disney film. It tells the story of a clever beauty and her ferocious captora young prince trapped under an enchantress’ spell. The prince learns about love and how to be loved to break the curse.
Cost: $22 For Advance Purchased Ticket; $25 For Ticket At The Door
Time & Place: 4PM, 8PM at Cultural Arts Playhouse, 625 Old Country Road, Plainview – (516) 694-3330

Who: Grace & Glorie At BroadHollow Theatre At Elmont
Info: This production tells the story of Grace who has checked herself out of the hospital to return to her beloved cottage to live out her life alone. Glorie is a volunteer work set to help Grace, bringing with her medication. As Glorie attempts to care and provide comfort to Grace, she learns about values and life’s highs and lows.
Cost: $14 to $25
Time & Place: 2:30PM At BroadHollow Theatre At Elmont, 700 Hempstead Turnpike, Elmont – (631) 581-2700