On the Anniversary of the Sandy Hook Shootings, Officials Ask LI Schools to Install a SAVE Hotline

The SAVE Hotline allows schools to have a one-touch system to dial the Suffolk County Police 911 center supervisor in order to save time if an emergency were to occur. 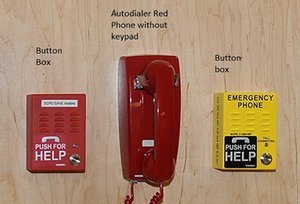 While the nation mourns the loss of 26 students and teachers on the one-year anniversary of the Sandy Hook Elementary School shooting this Saturday, Suffolk County officials are asking school districts to consider installing a School Active Violence Emergency (SAVE) Hotline in their buildings.

Suffolk County Executive Steve Bellone, Suffolk County Police Commissioner Edward Webber and Suffolk County Legislator Sarah Anker are partnering to encourage schools to get the hotline, which is a direct phone line placed in one or more locations throughout a school building that is programmed to automatically dial the Suffolk County Police 911 center supervisor.  When called, the supervisor would have an instant display of the incident location and be able to provide immediate verbal communication, which would let both the school and the police department know that there has been an incident and that police are reporting.

According to officials, 74 schools in 10 districts throughout the Suffolk County Police District  are currently utilizing the SAVE hotline.

The hotline can come in the form of a simple button box, where pressing the button would automatically dial the 911 center, or an autodialer red phone, in which the user only needs to pick up the receiver to reach the 911 center.  Officials say that the SAVE Hotline is a rapid and inexpensive system that will allow schools to save time by bypassing the immediate interview stage which most callers would receive when dialing 911.

“Every second counts during emergency rescue and the SAVE Hotline can save lives," said Legislator Anker in a press release.

“The SAVE Hotline is an imperative tool for officers responding to an active shooter situation,” Webber said. “While we hope that the hotline is never needed, we urge schools to take advantage of this program in order to protect students and teachers.”