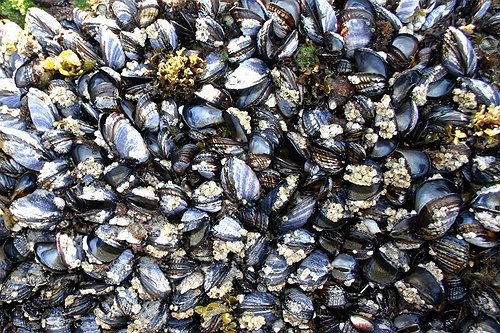 Long Island, NY - December 11, 2014 - Shellfish harvesting areas in several Towns in Nassau and Suffolk Counties have been designated as uncertified (closed) for shellfish harvesting, the New York State Department of Environmental Conservation (DEC) announced today. These temporary closures were implemented following the extraordinarily heavy rainfall and stormwater runoff that affected Long Island. More than three inches of precipitation fell within 12 hours in all the affected areas; a daily record was set at Long Island MacArthur airport.

This action was taken to protect the public health. Excessive stormwater runoff caused by heavy rainfall carries bacteria and other pathogens into adjacent surface waters, adversely affecting water quality in the enclosed creeks, coves, harbors and bays and causing shellfish in those areas to have an increased potential to be hazardous for use as food.

The closures in Nassau County and the Town of Huntington went into effect at 3 p.m. on Tuesday, December 9. The closures in Southampton and East Hampton are effective Wednesday, December 10. All the closures will continue until a determination is made that conditions no longer exist that may make shellfish hazardous for use as food.

The following areas are designated as uncertified and the harvest of shellfish is temporarily prohibited:

A recorded message that advises harvesters of the status of these shellfish areas may be heard at (631) 444-0480. The message will be updated during the course of the temporary closures. For a more detailed description of the closed areas please call DEC's Marine Resources office during normal business hours at (631) 444-0492. Additionally, information about temporary shellfish closures will be available on DEC's website.