Relocated from uptown after the site was sold for redevelopment. 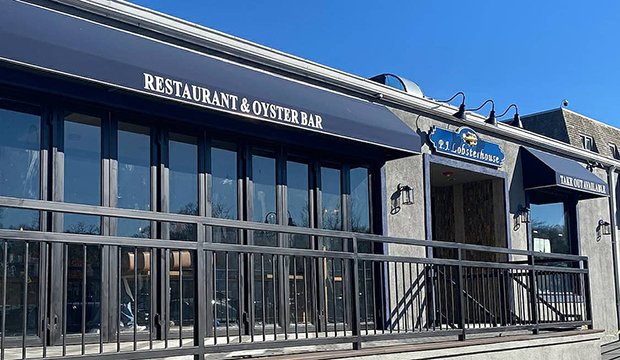 Plans uptown in Port Jefferson Village are moving along, with redevelopment of the rundown buildings in the area known as Upper Port into multi-use buildings, a combination of apartments and retail, taking a page from the playbook that helped revitalize Patchogue.

While most of the redevelopment targets vacant storefronts, nearby Mather Hospital on North Country Road right where Main Street steeply dips downtown, is PJ Lobster House, which has served the area for decades as a restaurant and fish market. The building is on a parcel of land slated for development in the master plan that will one day make Upper Port into a  walkable, transit oriented region.

On November 15, PJ Lobster House served its final meal at its old locale and on Wednesday, December 9, they planned a soft opening for their new place at 134 Main Street.

Their menu includes most of what you’d expect from a seafood restaurant on Long Island including daily specials like their all you can eat shrimp ($24.99) on Wednesdays, Lobster Fest ($24.99) on Thursdays, and their price fixed special ($55) from Sunday to Wednesday that includes two soups or salads, one appetizer to share, two entrées, and one dessert to share.

The site used to house Ocean 88, a Japanese restaurant. The entrance to PJ Lobster House is accessible from the large parking lot between Barnum Avenue and Main Street also known as the Meadow Parking Lot. The restaurant is in the same building as the Harbor Square Shopping Mall.