Sydney Marquez of Port Jefferson, 29, was found to be in possession of marijuana, concentrated cannabis, marijuana brownies, and other drugs and items, cops say. 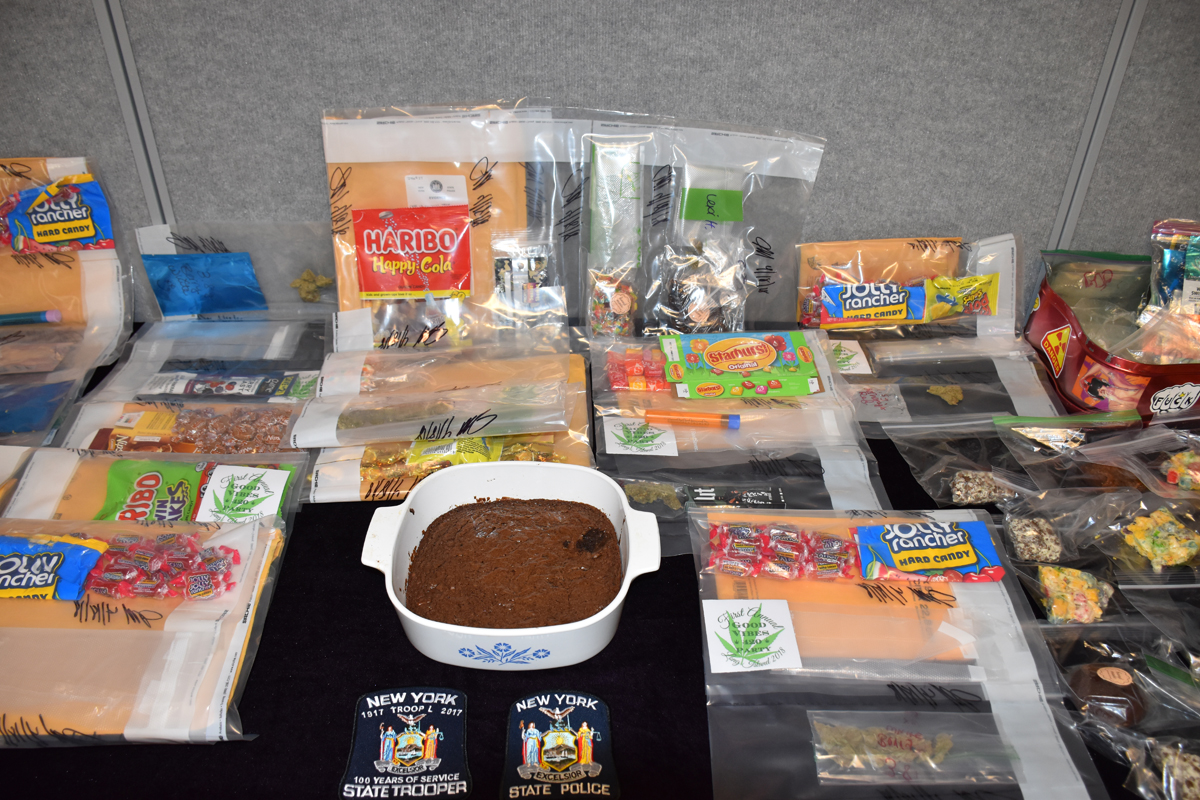 Drugs, marijuana brownies, packaging/shipping materials, books and records seized during the arrest of Sydney Marquez. Photo Credit: NYS Police
Marquez was in the company of friends, in the kitchen, while her 4-year-old child was sleeping in the basement. Following an investigation, it is believed the child consumed a brownie which contained marijuana. The child was transported to a local hospital. Child Protective Services was notified and the child was later released from the hospital and turned over to a family member.
Marquez was arrested and is charged with:
A criminal charge is an accusation. A defendant is presumed innocent until and unless proven guilty.