It is the time of the year when procrastinators and planners both are looking for those last-minute, end-of-year tax tips that could save them money on their 2016 tax return. 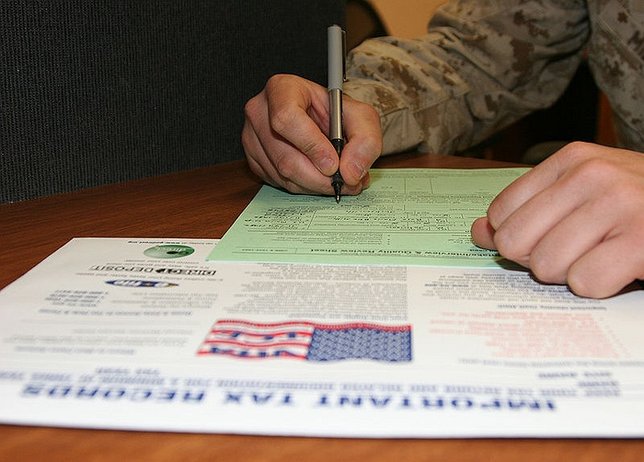 1. Don’t forget about use-it-or-lose-it money in flexible spending accounts.
Putting money in a flexible spending account (FSA) during the year saves taxpayers from paying taxes on that amount. Then, taxpayers can use this money tax-free on qualified medical expenses. But, whatever funds taxpayers don’t spend before the end of the year – or grace period, if their company’s plan provides one – is just money left on the table.

Instead, taxpayers should make sure to use this money for unreimbursed medical expenses like eyeglasses, prescription medications, medical equipment or copays. If they still have extra money in the flexible spending account to spend, they might want to schedule end-of-year appointments or buy prescription medicine they will need in 2017.

2. Sign up for health insurance.
Taxpayers without insurance could have to pay a penalty of $695 per uncovered adult and $347 per uncovered child (to a maximum of $2,085) or 2.5 percent of their household income over their filing threshold, whichever is greater. A family of four earning $60,000 could pay a penalty of more than $2,000 for 2016.

There is a way for some taxpayers to increase their deduction beyond the standard amount – and it doesn’t involve walking down the aisle. Taxpayers can choose to itemize their deductions instead, which means they deduct specific qualifying expenses including mortgage interest payments, state and local income or sales tax and charitable donations. If their itemized deductions add up to more than their standard deduction, the taxpayers can get a bigger tax benefit by itemizing.

For example, if they plan to buy a house or move to a state with higher income taxes next year, they might want to delay other deductible expenses to get the tax deduction. One way to do that would be to bunch end of year deductible expenses and pay them in January 2017, when they can use that expense as an itemized deduction, instead of December 2016 when they will claim the standard deduction.

Or, if they think they won’t have as many itemized deductions in 2017 as they do in 2016, they might be able to accelerate some payments and shift some deductions from next year to this year. For example, if they’re itemizing in 2016 and can pay real-estate tax in two installments, they might consider making the payment in 2016 that would normally be due in early 2017.

In all these cases, taxpayers should remember that tax planning occurs over a multi-year horizon and paying an extra amount this year could hurt some taxpayers in 2017.

4. Estimate income and determine if a tax benefit phaseout could affect the tax return.
Most tax benefits generally phase out, usually as an individual’s income increases. At a certain point, the tax benefit may be eliminated altogether or it may be available only at a small amount. If taxpayers are close to a phaseout range of a tax benefit they’re otherwise eligible for, they could try to lower their adjusted gross income (AGI) so they can claim the tax benefit, for example by contributing as much as possible to a pre-tax retirement plan, such as a 401(k) or 403(b), or a deductible IRA.

6. Donate to a charity to lower taxable income.
If a taxpayer itemizes, they can lower their taxable income by donating to charity. They must give to a qualified charity by December 31 and keep the necessary documentation, which will vary depend on the type and amount of the gift.

7. Consider a qualified charitable rollover to lower adjusted gross income and taxable income.
Taxpayers who are at least 70½ should consider a trustee-to-trustee transfer of some or all of their required minimum distributions to a qualified charity. Doing so lowers AGI which, in turn, lowers the amount of Social Security subject to tax.

8. Sell certain securities.
Taxpayers with a large net capital gain so far this year might want to sell some stock to generate a loss before year end. Doing so could reduce the amount of tax they pay this year. But in any case, taxpayers should not let possible tax savings cause them to make a decision contrary to their overall investment strategy or financial needs.

9. Investigate before buying mutual funds.
Taxpayers who are planning to invest a large amount in a mutual fund should find out when the fund declares and pays its dividend. Confirm that the fund isn't declaring and paying a large amount of dividends before the end of the year. Buying shares before the dividend is declared could mean they’ll increase their income by the amount of the dividend. This is true even if they reinvest the dividend in new shares. They should look for this information at the fund company's website.

After taxpayers make their final tax moves for 2016, they can look forward to filing their return, and then start tax planning – or procrastinating – for 2017.