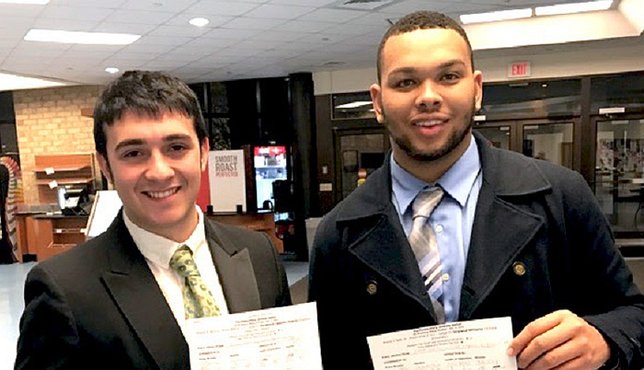 Shakir, of Deer Park, and Chuisa, of West Islip, were one win away from advancing to the award rounds before they were narrowly beaten by a team from Hofstra University in the final round of competition.

More than 20 colleges from 11 states participated in the annual event.